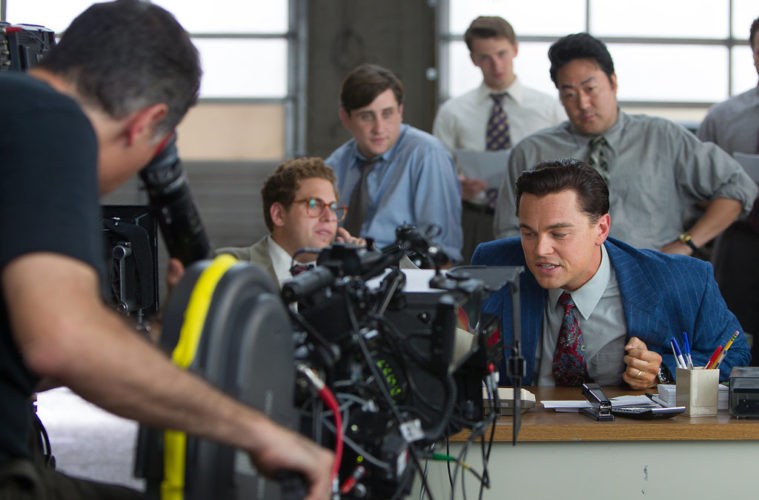 Thanks to the work of the Harold Lloyd Entertainment and Janus Films, Lloyd’s 1925 comedic masterpiece The Freshman is the latest film to join the Criterion Collection in a fantastic new Blu-Ray. The college set, football-obsessed feature is one of Lloyd’s consistent works, showing off both his skills as a master of elongated gag set pieces as well as the character’s down to Earth pathos. Like the release of Safety Last!, Criterion has also included three recently restored shorts with new orchestral scores that demonstrate aspects of Lloyd’s comic forte from a slightly earlier period in his career. – Peter L.

The King of Comedy (Martin Scorsese)

Year by year, its reputation grows, to the point where this is no longer really a “forgotten” gem from America’s most-respected director. Whether this is because people finally stop skimming over the post-Raging Bull, pre-Goodfellas section of Scorsese‘s Wikipedia page — or, maybe, more finally hear that it’s his favorite De Niro performance — doesn’t really matter when, now, an off-kilter classic has received its Blu-ray release. Aside from one of the best films of the 1980s, Fox’s release offers an old making-of documentary, a new discussion between director, lead, and co-star Jerry Lewis, and, finally, 37 minutes of deleted scenes. Such things are a struggle to pass up. – Nick N.

Fiercely independent auteur Abel Ferrara debuted with the infamous 1979 D.I.Y. cult classic The Driller Killer, which established his signature fusion of NYC despair, calculated stylish flourishes and idiosyncratic humor. Two years later, his follow-up feature Ms. 45 starred the then 18-year-old Zoë Lund, and explored similar themes while executing a uniquely feminist entry in the urban revenge subgenre. In Brad Stevens‘ biography “Abel Ferrara: The Moral Vision”, Ferrara recalls of the film, “it shook people up to see an innocent person like themselves suddenly becoming a wanton murderer.” Combining the rampaging angst of 1976’s Death Wish and Roman Polanski‘s surreal, post-traumatic Repulsion, Ms. 45 returns from the cult underground over 30 years later to reclaim its title as perhaps the most shocking, complex and empowering vigilante film of the 1980s. – Official Synopsis

Ingmar Bergman‘s best (yes, best) film is given the 1080p treatment, this visual upgrade more essential than you’d expect for the director / Sven Nykvist‘s already-known-to-be-exacting vision — where, now, the black-and-white compositions could almost be reached into, a quality befitting this nightmare of shattered perceptions. Otherwise, in the case of Persona, those who’ve yet to experience it should count themselves lucky that an opportunity as fine as this is soon to become the common option. – Nick N.

It’s all too common to begin an auteurist appreciation with an explanation of the old question “What is cinema?” By doing so, the author can curtail their answer to one that expresses what the director in question best represents their conception of cinema: montage and Eisenstein, time and Tarkovsky, “realism” and Swanberg. Thankfully, director Matías Piñeiro doesn’t believe in containing or explaining cinema. For him, the medium cannot be qualified and categorized, and even a director shouldn’t follow any strict conception of what he did before. Cinema can be whatever it wants to be, and Piñeiro’s four films are wonderfully boundless in that sense. – Peter L. (full review)

The most unexpected thing here isn’t necessarily the comedy, but the fact that Scorsese has mounted this bouncing-off-the-walls material with such clinical straightforwardness: Ignatiy Vishnevetsky isn’t wrong when he says “the movie is less decadent style-wise than any of Scorsese’s recent work.” Though there’s the occasional formal flourish (this is a Martin Scorsese picture, and that post-bachelor party aerial tracking shot is a stunner), pretty much any frame in Shutter Island (another great late-period work) is executed with more technical noise and digitally-assisted brio than what we get in Wolf. This movie is cold, hard, clear, relentless, and systematic, which both makes the comedy sing (a plastered DiCaprio getting into that car is smartly filmed at a distance rather than via fast cutting or sweaty close-ups) and helps augment the significance of the moments in which the filthy debauchery is undeniable (the woman’s head being shaved in the office, DiCaprio slugging Margot Robbie to unleash his hidden stash of cocaine, the perfect, Touch of Sin-like final shot). – Danny. K