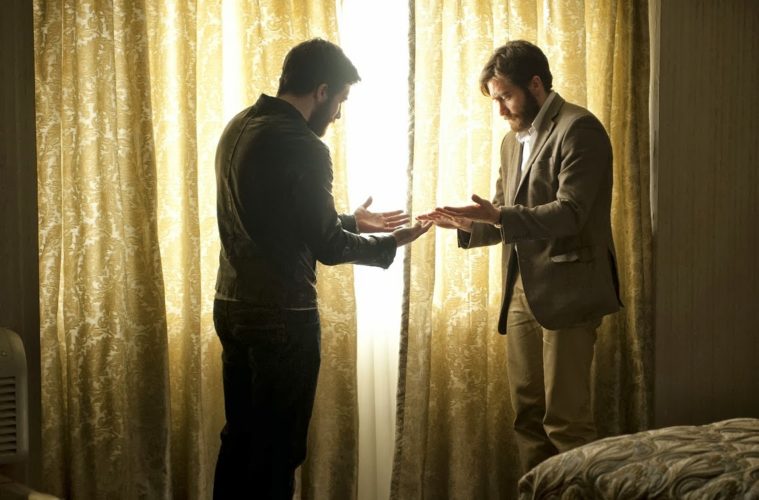 Just as the majority of contemporary music will inevitably connect back to The Beatles in one way or another, so, too, does many a current film find at least some influence in A Hard Day’s Night, the Fab Four’s cinematic debut and, since its 1964 release, one of Richard Lester‘s greatest achievements. (As it so happens, one of the only titles in his oeuvre that could be said to supersede it would be their next collaboration, Help!) Though perhaps now known more by reputation than actual content, it still stands as many things: a terrific comedy, a rollicking musical piece (if not actually a “musical”), and deceptively simple document of the social order which its central figures quietly undermined through no more than 80 minutes of gallivanting and performing. – Nick N.

When one reads a synopsis for the late Nobel Prize-winning author José Saramago’s The Double you’ll find a very straightforward tale of doppelgangers. There’s the alpha, the pushover, and the innocent victims caught between; the insanity of seeing an exact replica in the flesh paired with the infinite possibilities such a discovery could mean. One is married; one has a girlfriend. The latter injects himself into the former’s world through curiosity, the first into the second’s purely for unfounded revenge and sexual desire. They exist together without looking deeper into what they are, pushing forward along a path of self-destruction you can see coming a mile away, and yet still find yourself captivated through the actions of those left from the wreckage. Denis Villeneuve’s Enemy (adapted by Javier Gullón) looks to amplify it further. – Jared M. (full review)

Somewhere between a Rabelaisian paean to Earthly pleasures, complete with the drunken waltz of the camera, and a serious investigation to the failure of human desire for knowledge, Alexander Sokurov’s Faust is quite unlike any other cinematic event I’ve encountered this year. The film’s loose adaptation of Goethe’s masterwork sees no difference between its highly aspirations and its low humor—an opening CGI shot that sets up an epic mythology ends with a blurry shot of a flaccid (and dead) penis of a cadaver being examined for the progress of human knowledge. – Peter L. (full review)