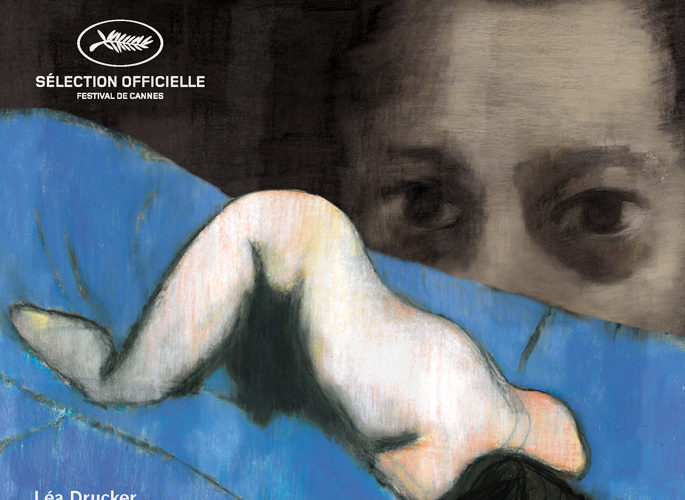 Mathieu Amalric is having a pretty good year. Venus In Fur, of which he is the star, made its way stateside to positive reviews; he had a fine supporting role in Wes Anderson’s highly acclaimed The Grand Budapest Hotel; and his latest directorial effort, The Blue Room, premiered at Cannes before making its way to New York for festival screenings just prior to a theatrical release. His previous turn behind the camera, On Tour, earned him a Best Director trophy in the south of France, and while The Blue Room walked away empty-handed, recent success in front of the camera certainly helps mitigate what may have been disappointing.

Even more helpful: The Blue Room is strong material. Clocking in at a brisk 75 minutes, the film wastes little time in propelling forward its whodunit? narrative. It begins with two lovers, Julien and Esther (Amalric and Stéphanie Cléau), in a hotel room, their faces often cut out of the frame, their body parts fragmented, their beings usually depicted in isolation. When they both find their way into focus, they barely have enough room for the “classic” 1.33:1 ratio, suggesting isolation and an impending sense of the walls closing in. Heightening this is that, despite the narrower sight, shots nonetheless almost feel as if they may have been composed for 1.85:1 — people are cut-off and closed-in, eye lines are hidden from us, surroundings are short-sighted, and details are easy to miss. More fascinating that this is a film literally about small details. Characters want to escape into their surroundings but are maintained as centers of attention by the small frame or else isolated altogether. A strong example is when we see how these lovers, cheating on their respective spouses, met. Julien stops to help Esther with a bad tire and quickly turns to flirting. At one point, he wanders out of the frame, to the right, but she stands near its edge, talking to him. The camera cuts to him talking, back to her, and to him again, at which point she walks into the frame; then are they permitted to share a kiss and the same space. Then a car drives by and they run off into the woods. That car means nothing, of course, but this scene is a metonymy for the film as a whole, the car representing an unnoticeable, constant surveillance from which the lovers barely know they should be looking out for, and the woods something they can’t quite hide in.

The Blue Room unfolds in two time-frames, with Julien present-day deposition creating images of the past that show attempts to balance family life with his affair, and the disaster it takes after… well, perhaps it remains best unsaid, simply because it isn’t necessarily what it appears to be, and part of the fun herein is playing along with it, as with a film by Alfred Hitchcock or Otto Preminger. The film, too, is having its fun, as the images constantly clash with the deposition, and one has to decide whether the memories we are seeing are false (Julien remarks very early that the way he lived things is bound to be different than how he recounts them), if he is lying to officers while the film shows us the truth, if the images are the imaginings of his listeners, or some combination thereof. The only thing we know for sure is that the best-case scenario is for either image or sound to be a full-time liar. If that is not true, neither can be trusted.

Despite these aforementioned influences, The Blue Room unfolds less like noir than melodrama, complete with a trial at the end to sort out right from wrong, but if the film is a constant clash between images and words, our own attempts to ascertain one and discredit the other become the real subject of the trial. Amalric, unfortunately, does not give this larger discourse the attention it ought to command, and the end of the film is instead a botched attempt at pathos and moral decree, yet the film’s structure up to that point certainly lends such interpretation credence. It may be the best way to make sense of the film’s stylistic flourishes, uncertainties, and contradictions.

The story itself is decent but unspectacular, and one senses that that the occasional uses of Johann Sebastian Bach and Grégoire Hetzel’s score are attempts to lend much-needed emotional weight without sacrificing too much psychological realism. But the way Amalric and DP Christophe Beaucarne linger on particular details or rhyme particular moments (most notably the drip of blood and the drip of jam), as well as how they use color and lighting in subtle ways to dictate mood, makes the suspense elegant, if not especially gripping. Still, for a film that is brisk and surprisingly experimental outside of its sleek surface, “elegant, if not especially gripping” and “decent” are more than enough.

The Blue Room is playing at NYFF and will be released on October 3rd, courtesy of Sundance Selects.