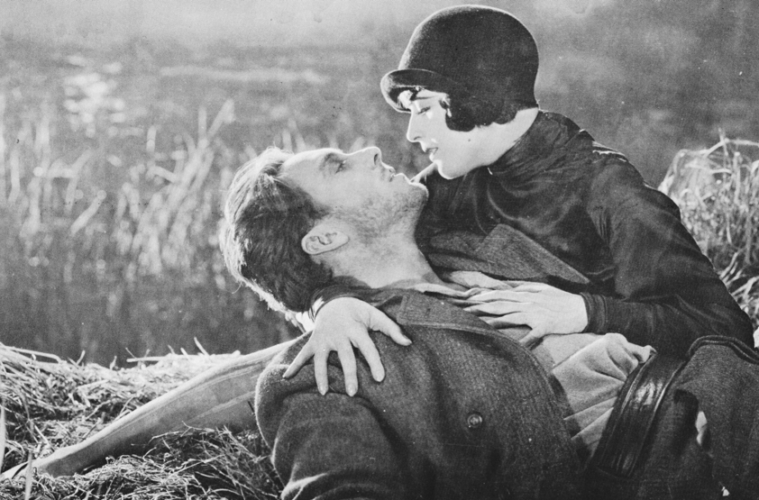 The museum’s excellent new series, “See It Big! The American Epic,” begins Friday (7/5) with a screening of Citizen Kane, followed by Saturday (7/6) presentations of F.W. Murnau‘s Sunrise and Erich von Stroheim‘s Greed. On Sunday (7/7), the John Ford-directed Grapes of Wrath precedes Gregory Nava‘s El Norte. All are on 35mm.

As always, the admittance if first-come, first-served.

Though you thought it might never happen, “Allan Dwan and the Rise and Decline of the Hollywood Studios” has reached its end, Friday (7/5) bringing Most Dangerous Man Alive and Tennessee’s Partner to screens. Saturday (7/6), viewers have three hard-to-beat options: Sands of Iwo Jima, Silver Lode, and Slightly Scarlet — while, on Sunday (7/7), Enchanted Island wraps up the lengthy series.

Have you ever wanted to see an anime reworking of Metropolis? Well, this is your weekend: midnight on Friday (7/5) and Saturday (7/6), head to Brooklyn for a 35mm presentation of the 2001 feature, which will be accompanied by a live musical performance from Party Supplies.

Something of the saucier variety will play those dates and around that time, when ’80s sex comedy Hardbodies shows up on a film print of its own as part of “Nitehawk Naughties.”

On film, too, is Walter Hill‘s The Longriders, which can be seen Saturday and Sunday (7/7) morning in the “Country Brunchin'” line. On the latter day, Ghostbusters kicks off “The Works: Bill Murray.”

On a repertory side of things, the New York Asian Film Festival presents A Life of Ninja, Never Too Late to Repent, and Woman Revenger for this coming weekend. 12 Angry Men will run for a week at Film Forum, while another recent Criterion addition, Rosemary’s Baby, continues its showings.

This Terry Gilliam retrospective brings the title most have been waiting for: Brazil, playing Friday (7/5) and Saturday (7/6) at midnight.

Five minutes after each of those screenings kick off, Jurassic Park — the non-3D edition! — can be seen, if you’ve yet to experience it on a big screen for yourself.

All three days of the weekend, Mel Brook‘s Young Frankenstein is to screen.

If you missed its lengthy stay at the IFC Center, 2001: A Space Odyssey holds a week-long engagement at BAM.

Though the Kubrick picture isn’t on 35mm, Tarkovsky‘s Nostalghia makes a brief return for Friday (7/5) showings; also playing in the preferred format this Sunday (7/7) is war classic The Dirty Dozen.

Indiana Jones and the Temple of Doom can be seen this Friday (7/5) and Saturday (7/6) at midnight. That latter day, meanwhile, brings back The Room.