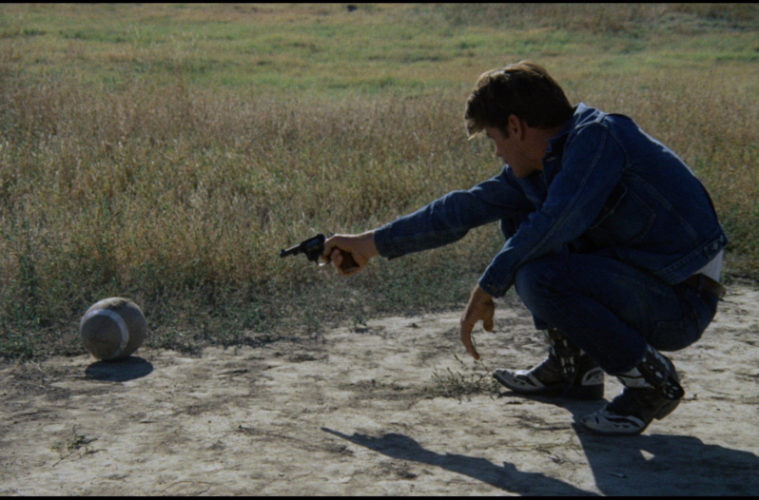 You can read about the series here, and you will be able to access screenings with admission to the museum on a first-come, first-served basis.

This Brooklyn Institution have kicked off their “Booed at Cannes” series, which sees Michelangelo Antonioni‘s 1962 feature L’Eclisse screening all day today, Friday (5/10) in 35mm. Next up on the docket is David Lynch‘s prequel Twin Peaks: Fire Walk With Me and Wild at Heart, both screening Saturday (5/11) in 35mm. Sunday (5/12) will see Jean Eustache‘s The Mother and the Whore screening in 35mm.

To offset the above, BAM will also be screening a selection of Looney Tunes cartoons on Saturday (5/11) morning, all in beautiful 35mm.

Often hailed as one of the greatest films ever made, Roberto Rossellini’s Voyage to Italy will continue at Film Forum this entire weekend, thanks to a newly constructed digital remastering. Tickets can be purchased right now.

A restored version of Terrence Malick‘s Badlands also begins its week-long run today, while Sunday morning (5/12) will bring a screening of Alfred Hitchcock‘s The Man Who Knew Too Much for Mother’s Day. Starting today, Life of Brian will have a week-long run in 35mm, playing at midnight today (5/10) and Saturday (5/11) and in the morning for the next seven days.

Lastly, if you’d like some laughs, Robin Hood: Men in Tights plays relatively early in the morning throughout the weekend in 35mm.

And these are still here.

What better way to start off your Sunday morning that with Paul Thomas Anderson? His Boogie Nights is having a one-time screening at 11:30am in 35mm on the 12th. If you are more into midnight fare, John Waters‘ Serial Mom and Mario Bava‘s Danger Diabolik are screening Friday (5/10) and Saturday (5/11).

If you are in the mood for some space horror, Ridley Scott‘s masterpiece Alien is screening at midnight this Friday (5/10) and Saturday (5/11).

The Museum will be kicking off their “Chinese Realities/Documentary Visions” series, including screenings of Zhang Yuan‘s Mama and The Story of Qiu Ju, Jiang Yue‘s The Other Bank, Duan Jinchuan‘s No. 16 Barkhor South Street and more all weekend. Sample the screening details at their site.