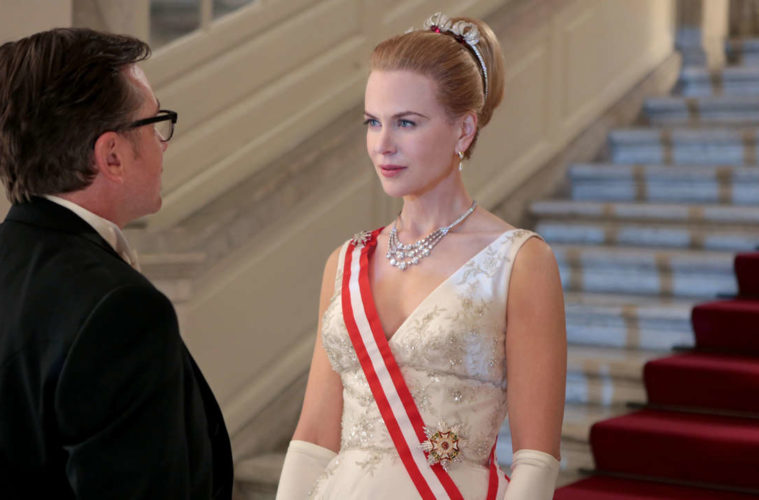 Shortly after being pulled from it’s March 2014 theatrical release in the United States, The Weinstein Company have quickly answered with a reason for the second delay of Olivier Dahan‘s Grace of Monaco. Once set to open last fall, the drama surrounding Grace Kelly and her moves to prevent war between France and Monaco, will now premiere on May 14th, 2014 at Cannes Film Festival, followed by either a summer or fall release by the Weinsteins, if we had to wager a guess. With what looks to be a glitzy, star-studded drama, it seems like an ideal way to kick off the festival, after The Great Gatsby opened last year. Check out the full press release and new poster below and see the trailer here.

French director Olivier Dahan’s Grace of Monaco is to open the next Festival de Cannes. The world preview will take place on Wednesday 14 May, 2014, in the Grand Théâtre Lumière of the Palais des Festivals, in the Official Selection category, Out of Competition. Grace of Monaco follows on from The Great Gatsby by Baz Luhrmann.

The film portrays a period in the life of American Actress Grace Kelly (played by Nicole Kidman) who became Princess Grace of Monaco when she married Prince Rainier III (Tim Roth) in 1956, in what was dubbed “the marriage of the century”. An Oscar winner, she was already a huge film star, having worked with the very greatest (John Ford, Alfred Hitchcock, Fred Zinnemann) and acclaimed the world over. Six years later, amid occasional difficulties in fulfilling her role, she was invited back to Hollywood by Alfred Hitchcock, to play in his new film Marnie. At the time, France was threatening to tax and even annex Monaco, the tiny Principality whose monarch Kelly had become. Was she still an actress? Was she really Princess of Monaco?

Born in 1967 in La Ciotat, Olivier Dahan previously directed La Vie en Rose (2007) which garnered Marion Cotillard the Oscar for Best Actress in 2008. Grace of Monaco will be released on the opening day of the Festival, Wednesday 14 May, in France and in several cities around the world. The opening ceremony will be broadcast to participating cinemas, with the kind cooperation of Canal+. What do you think of Grace of Monaco opening the festival?