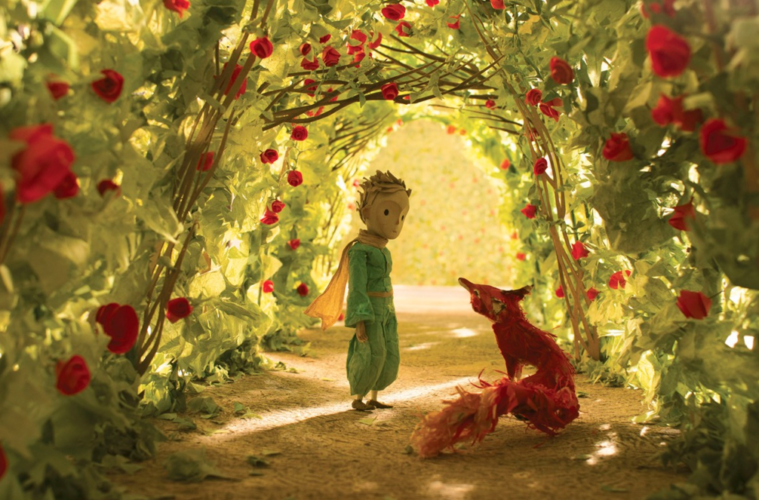 While Kung Fu Panda will get yet another iteration earlier next year, a few months later, the director of the original film, Mark Osborne, will premiere a far more intriguing animation here in the United States. The Little Prince is based on Antoine de Saint-Exupéry‘s famous 1943 novel and adapted by The Boxtrolls‘ Irena Brignull, and today brings a new trailer.

The story follows a pilot who lands in the desert, but that’s seemingly only one aspect of the tale. Premiering to mostly favorable response at Cannes this past May, hopefully it’ll be an early-year treat. Featuring a voice cast of Jeff Bridges, Rachel McAdams, Marion Cotillard, James Franco, Paul Rudd, Benicio del Toro, Paul Giamatti, Ricky Gervais, Albert Brooks, and Bud Cort, check out the new trailer below.

Rediscover one of the most beloved stories of all time. From Mark Osborne, Academy Award® nominated director of Kung Fu Panda, comes the first–‐ever animated feature film adaptation of Antoine de Saint–‐Exupéry’s iconic masterpiece, The Little Prince. At the heart of it all is The Little Girl (Mackenzie Foy), who’s being prepared by her mother (Rachel McAdams) for the very grown–‐up world in which they live – only to be interrupted by her eccentric, kind–‐hearted neighbor, The Aviator (Jeff Bridges). The Aviator introduces his new friend to an extraordinary world where anything is possible. A world that he himself was initiated into long ago by The Little Prince (newcomer Riley Osborne). It’s here that The Little Girl’s magical and emotional journey into her own imagination – and into the universe of The Little Prince – begins. And it’s where The Little Girl rediscovers her childhood and learns that ultimately, it’s human connections that matter most, and that what’s truly essential can only be seen with the heart.