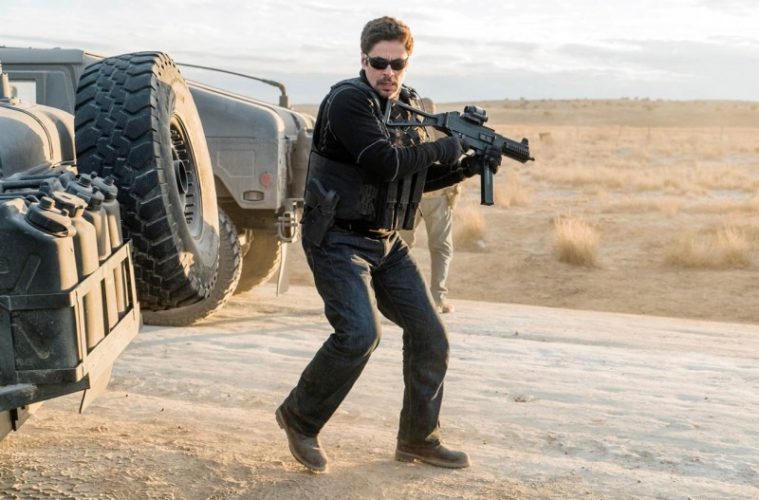 Now with a fresh new title, going from Sicario 2: Soldado to Sicario: Day of the Soldado, Sony is really hoping audiences think of the sequel to Denis Villeneuve’s crime thriller as an expansion and less of, well, a sequel. While Emily Blunt, Roger Deakins, and Villeneuve all steered clear of the follow-up, Josh Brolin and Benicio Del Toro are back, as is writer Taylor Sheridan, and now a new trailer has landed.

Directed by Stefano Sollima (Suburra, the TV series version of Gomorrah) and shot by Ridley Scott’s frequent cinematographer Dariusz Wolski, the story has now been revealed with this new preview. “This is a man bent on revenge for what the cartels have done, killing his daughter and family. Now he finds himself on a new assignment,” Del Toro tells USA Today. “He has the chance for an eye for an eye, but sees a young girl going through what his daughter went through. He has to decide to follow orders or protect the girl. It’s just one thing about this screenplay that makes it interesting.”

In SICARIO: Day of the Soldado, the series begins a new chapter. In the drug war, there are no rules – and as the cartels have begun trafficking terrorists across the US border, federal agent Matt Graver (Josh Brolin) calls on the mysterious Alejandro (Benicio Del Toro), whose family was murdered by a cartel kingpin, to escalate the war in nefarious ways. Alejandro kidnaps the kingpin’s daughter to inflame the conflict – but when the girl is seen as collateral damage, her fate will come between the two men as they question everything they are fighting for.