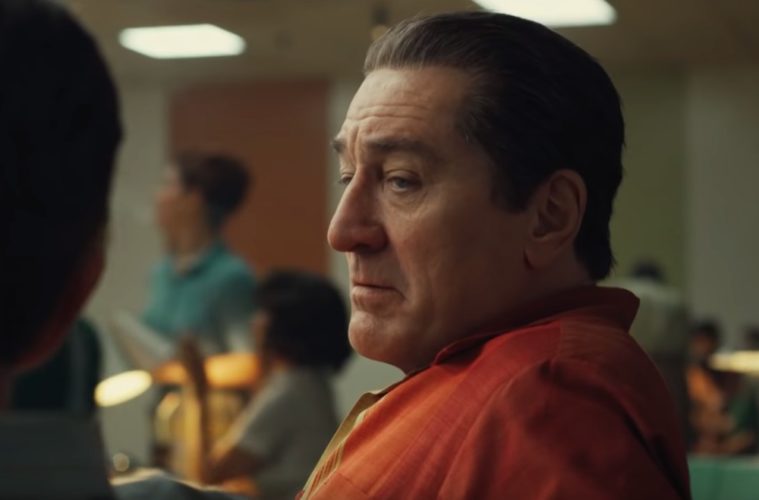 Tomorrow, Martin Scorsese’s long-awaited The Irishman will be world premiering as the opening film of the 57th New York Film Festival. Ahead of the premiere, Netflix has now unveiled the new full-length trailer which explores a lifetime of crime. Starring Robert De Niro as Frank Sheeran, Al Pacino as Jimmy Hoffa, as well as Joe Pesci, Harvey Keitel, Anna Paquin, Bobby Cannavale, and Ray Romano, the story is based on the book I Heard You Paint Houses.

Speaking about the latest film, NYFF’s Kent Jones said, “The Irishman is so many things: rich, funny, troubling, entertaining and, like all great movies, absolutely singular. It’s the work of masters, made with a command of the art of cinema that I’ve seen very rarely in my lifetime, and it plays out at a level of subtlety and human intimacy that truly stunned me. All I can say is that the minute it was over my immediate reaction was that I wanted to watch it all over again.”

See the trailer, along with a few interviews with De Niro about the making of the film. For more, watch Scorsese’s long-unavailable Street Scenes here, his first NYFF selection.

The Irishman world premieres at the 57th New York Film Festival and opens on November 1 in theaters and November 27 on Netflix.