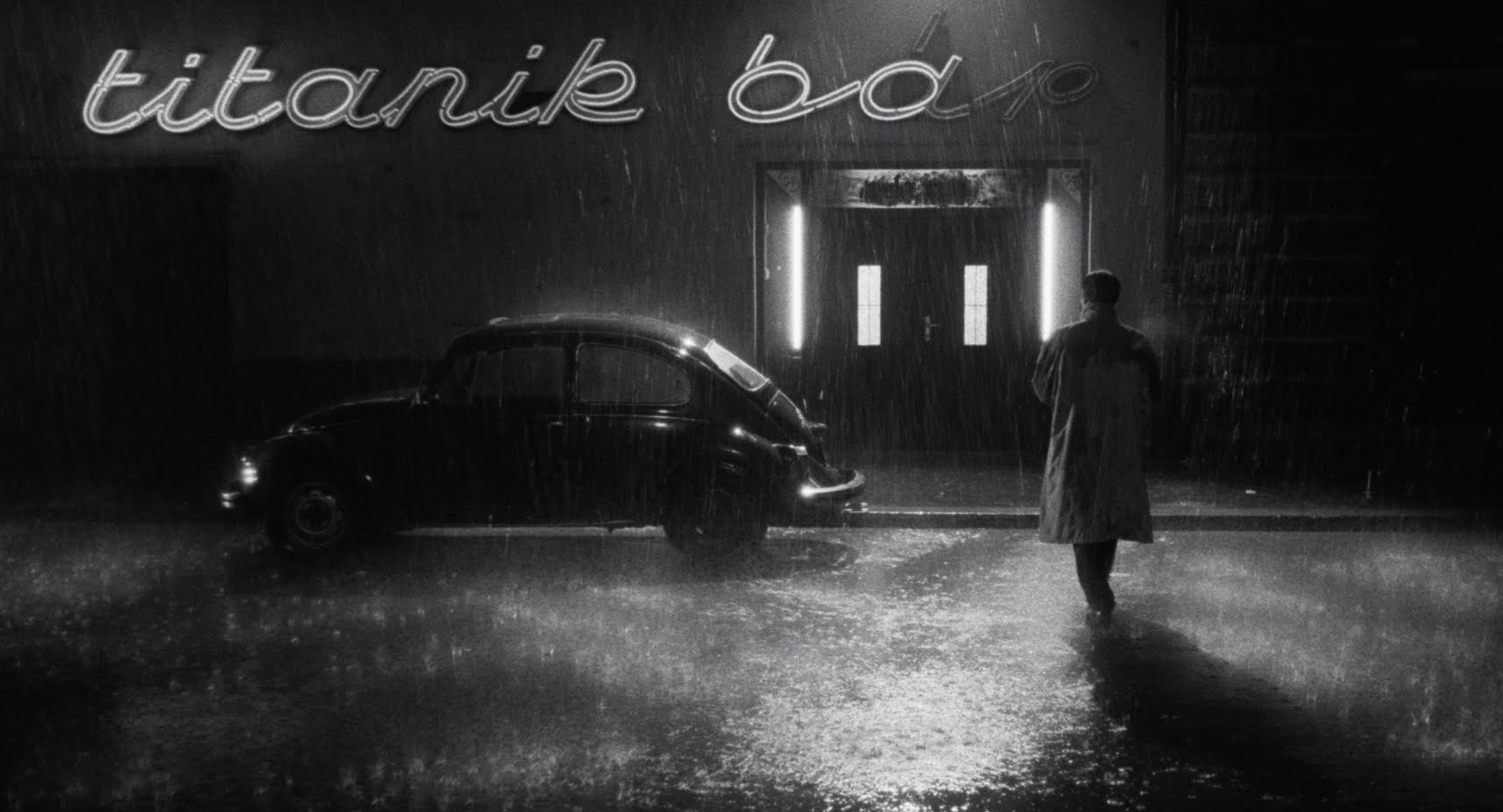 On the heels of the recent 20th anniversary restoration of his magnum opens Sátántangó, another Béla Tarr gem has been given a new coat of paint. His 1998 feature Damnation has been restored in 4K from the original 35mm camera negative by the Hungarian National Film Institute – Film Archive under the supervision of Béla Tarr. Ahead of a release in Virtual Cinemas beginning this week from Arbelos Films, a new trailer has arrived.

The first of his internationally acclaimed trilogy of films written in collaboration with author László Krasznahorkai, Damnation (Kárhozat) chronicles the doomed affair between bar Titanik regular Karrer (Sátántangó’s Miklós B. Székely) and the cruel cabaret singer (Vali Kerekes) he pines for while scheming to displace her brutish husband (György Cserhalmi). As Arbelos notes, “A poignant Communism allegory that solidified Tarr’s unique aesthetic, Damnation is photographed in an exquisitely black & white palette underscored by the mesmerizing long takes that would come to be his trademark.”

“Go and shoot something with your phone and find your own way and that’s all,” Tarr told us last year. “Who cares? Fuck off this shitty film industry. Fuck all those guys. Fuck off the market. Because now you have a different way and the technology is different. Everything is different. You don’t need money now to do the perfect movie. Let’s say “perfect motion picture.” For me, this digital stuff is not the film. It is a motion picture, but different. You can express yourself. You can express your emotions. You can say everything.”

Watch the trailer below via First Showing, as well as an extended clip, and see Tarr’s 10 favorite films here.

The new restoration of Damnation opens this Friday in Virtual Cinemas.