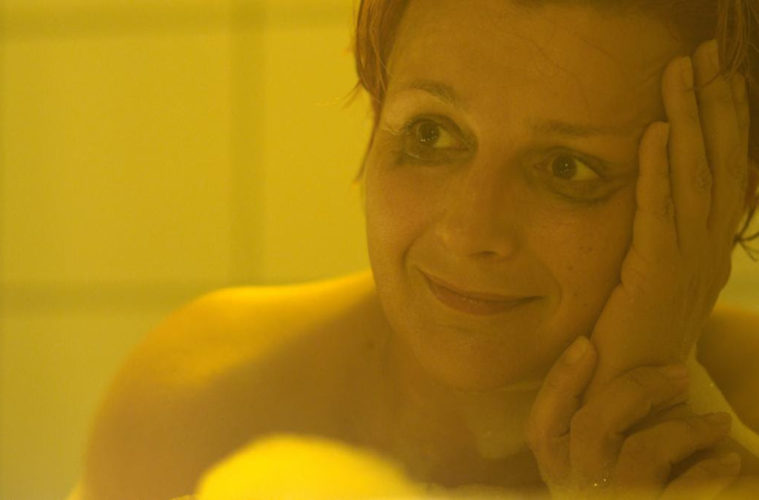 Taking place alongside Sundance Film Festival in Park City, Utah, Slamdance Film Festival is also a thrilling place for discovery of new talent, having featured work from the likes of Bong Joon Ho, the Safdies, Steven Soderbergh, Ari Aster, Jeremy Saulnier, Sean Baker, Gina Prince-Bythewood, Ana Lily Amirpour, Christopher Nolan, and more. As we look towards this year’s 26th edition, one of the titles on our radar is Majnuni, directed by Iranian-American filmmaker Kouros Alaghband, who was mentored by Béla Tarr and the film came out of his unique film school.

Set during the night within a war-torn Sarajevo, the enigmatic feature debut follows a man who stalks a broken family on a path to his old love. “Dreamlike and haunting, Majnuni periodically reminds me of Holy Motors by Leos Carax. It is intriguing, provocative, and beautiful as well as puzzling,” said Jonathan Rosenbaum.

“I met my lead actor, Adnan Omerovic, after Béla Tarr recommended him while I was struggling to cast a film during my first month in Tarr’s Film.Factory in Sarajevo,” Alaghband said. “After making two short films together over the course of a year with Adnan, I wanted to make a film about him. I wanted to stew together the histories and fantasies of the select few people I was inspired by during my time in Sarajevo into my filmmaking process, to make an unknown film that reaches higher than I could see alone.”

He added, “So, I decided not to write a character for Adnan this time, he would not be able to hide behind a character and had to play as himself. Asking an alien like Adnan to be himself is asking him to be everybody, and in the end that became a key part of the story in Majnuni. Everyone in the cast fell into this film in the same way they fell into my life, my DP Lamia Sabic included. Together we had 17 shooting days.”

After winning Best Feature Film at the Brussels Film Festival, we’re pleased to present the exclusive teaser debut ahead of the North American premiere at Slamdance. The perfect kind of preview, we see a wealth of evocative imagery while still keeping the story close to the vest. So, if you’re in Park City over the next few days, we recommend giving this a look when it premieres on January 25 & 28 and we hope it finds wider distribution soon.

In Persian and Arabic, the title ‘Majnuni’, translates as a form of longing that makes a lover go insane. In this film, we follow a modern-day Majnun named Adnan, who stalks a broken family through the night of a war-torn Sarajevo, Bosnia i Herzegovina. As he stalks further, he snaps into a musical fugue where his identity becomes tangled in the lives he is following. Arriving at moments of androgynous punk, a holy sense of smell, & Sevda folk-song, Adnan is set on a possessed path toward Nela, his haunting old love.