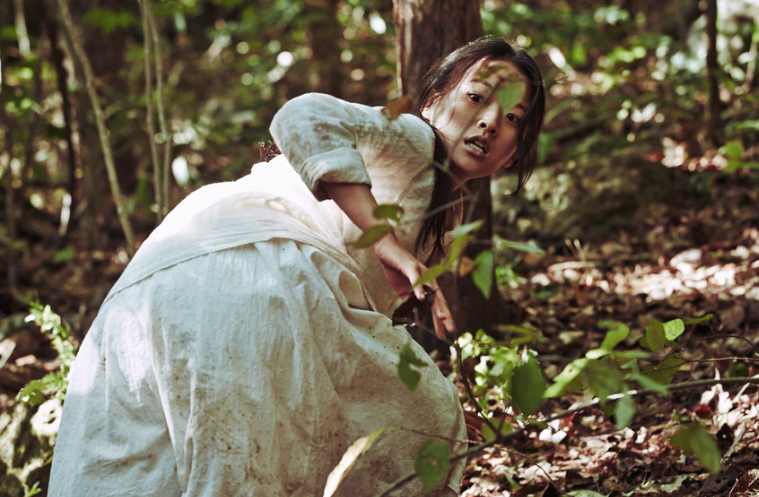 Proving yet again that festival juries don’t read the trades or pay attention to chatter, the Golden Lion of the 72nd Venice Film Festival was presented to the Venezuelan drama From Afar, a film that screened relatively late at the fest, when general opinion on the Lido seemed to have settled on this being a race between some other titles. In a discerning and gutsy move, the star-studded jury chaired by Alfonso Cuarón decided to recognize the achievement of writer/director Lorenzo Vigas’ debut feature over some perhaps higher-profile pictures from established masters. It’s gutsy because this film tells a moving if deeply unpleasant story with a significant ick factor that’s going to put many people off. It’s discerning because, as contained and particular as the film’s subject matter and as unassuming as its approach, From Afar delivers an incisive, poignant, surgically precise character study that deals a fatal blow in one crisp, clean stab. – Zhuo-Ning Su (full review)

Even in its best moments, Neighbors carried an unwanted whiff of testosterone — a hyperactive frat culture that was softened and still felt out of touch with the unabashed exuberance of the movie. Neighbors 2: Sorority Rising corrects that problem so thoroughly that it not only improves on the original; it also becomes one of the most progressive mainstream movies of the last decade. Analogous to last year’s breathtakingly joyful Magic Mike XXL, Neighbors 2 is a celebration of feminist individuality — a parade of women who challenge every convention of the genre (and society) by lifting up instead of punching down. – Michael S. (full review)

From Blue Is the Warmest Color to Stranger by the Lake, from Pride to The Danish Girl, movies dealing with LGBT issues or characters have become ever more present at film festivals and cineplexes these past years. Against such background it’s especially intriguing to consider something like Neon Bull – a Brazilian rodeo drama in which everybody turns out to be straight – and its place in queer cinema. – Zhuo-Ning S. (full review)

A story so absurd it requires animation to be told, Nuts!, directed by Penny Lane, continues the filmmaker’s interest in personal histories, following her 16mm found-footage documentary Our Nixon. Collaborating with writer Thom Stylinski, Lane’s entry into the material is initially her subject, John Romulus Brinkley. He crafted an impotence cure, grafting a thin piece of a goat tactical gland onto a human male phallus. This is a starting point of folksy curiosity, born from the kind of training one gets at the Kansas City Eclectic Medical University. – John F. (full review)

Since the early aughts, South Korea has been one of the most prolific and exciting exporters of genre cinema, giving us such indelible gems as Oldboy, The Host, Snowpiercer, to name but a few. The country made its prowess felt again at this year’s Cannes Film Festival with no fewer than three high-profile titles covering historical suspense (The Handmaiden), zombie action (Train to Busan), and, perhaps most memorably, supernatural horror in the form of The Wailing. – Zhuo-Ning S. (full review)