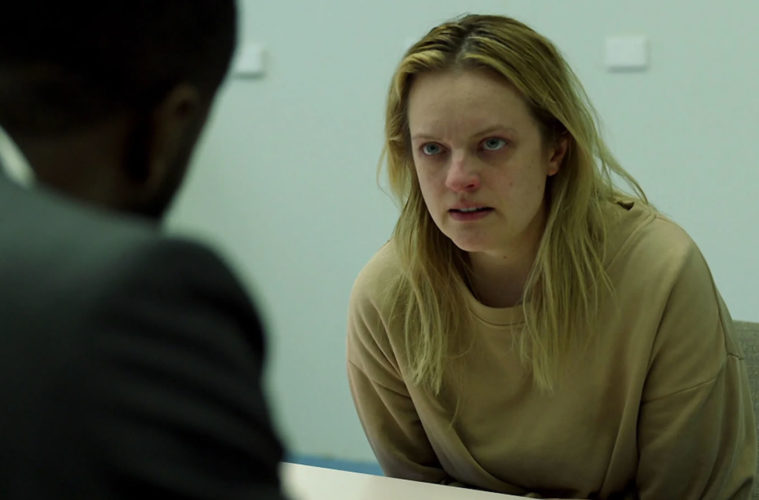 Draw the quick conclusion for why I had little desire to note-take during Emma. (stylized with a period; reasons probably unnecessary), but don’t mistake this limited interest as a dismissal of the entire project. And if whatever compliments it can be paid require meager critical insight, these virtues are nevertheless evident: its ensemble cast befit their talky material with total charm; its design elements, a live-or-die component of 19th-century period pieces, are often exquisite; and notwithstanding slightly anemic aspects to its digital palette, this ornate package is photographed with care. – Nick N. (full review)

The fundamental details surrounding La Flor–its fourteen-hour run, its ten-year production, its appropriately devilish six-part structure–already have it predestined for cult status, yet Mariano Llinás’s mammoth effort both fulfill and far exceed any preconceptions. An extraordinary ode to forgotten genres, a sincere and open-hearted love letter to its four central actresses, who turn in some of the most astonishing performances in recent memory: what is perhaps most overwhelming about La Flor is that it manages to contain infinite worlds of pleasure, surprise, and glory, while paying tribute to the possibilities of cinema, storytelling, and human creativity. – Ryan S.

Few directors seem to reinvent cinema with each new picture, but Guy Maddin and his passion for boundless experimentation does it time and time again. His latest formally thrilling film is a “parallel-universe version” of Alfred Hitchcock’s Vertigo, utilizing footage from San Francisco-set features, ranging from Hollywood classics to avant-garde films to prime-time television. Commissioned by San Francisco Film Society and now available for free, it’s not only a must-see for cinephiles but not since Thom Anderson’s L.A. opus has a filmmaker so gleefully dissected a location with clearly beloved footage. – Jordan R.

America’s sharp political divide is an oft-explored topic in cinema, and a tale as old as time across any medium. However, with our country’s unceasing mass shooting epidemic fanning the flames of political outrage, The Hunt found itself in a predicament last fall. Based on marketing footage alone, Craig Zobel’s satirical thriller was the target of right-wing media, including Twitter’s most gratuitously active account, and was indefinitely delayed by Universal mere weeks before its September release. The “controversial” thriller has now re-emerged and, surprisingly, it’s easy to imagine both sides of the increasingly divided political spectrum will finally come together in a rare moment of unity, concurring just how lazily written, shoddily constructed, and downright pointless the film is. – Jordan R. (full review)

The innate horrors of the unseen are given fresh life in The Invisible Man, a reinvention of the H.G. Wells’ novel that was first brilliantly adapted by James Whale in 1933. This revamp from Blumhouse and Universal finds writer and director Leigh Whannell altering and evolving techniques he used to great effect in the B-movie mania of his last feature, Upgrade, while also taking a classic story in bold directions. Here, he channels his unique lexis toward a study of abuse, paranoia, and trauma, resulting in a grounded and paced horror film that nevertheless reaches maniacal heights. – Mike M. (full review)

Animated films get called “adult-friendly” as a means of both assuring adults the movie isn’t pitched too young and to let them know that some of the jokes will be over their children’s heads. If that is “adult-friendly,” then what should someone call It’s Such A Beautiful Day? Here is an avant-garde, mix-media animation that revolves around a man who is dying from some kind of degenerative brain condition. It follows him as he realizes the mundanity of the life he will leave, remembers the facts of his tragic existence, and comes to terms with what death holds. This isn’t adult-friendly — it is decidedly adult-oriented — but still not the type of things that most adults would want to see. It’s a profound, beautiful statement on mortality, and it is not friendly. Maybe we should call it “adult-antagonizing.” I am a proud champion of this genre, as well as its finest entry. – Brian Roan

Where to Stream: Vimeo (use code IAMSTUCKINSIDE)

Some of the most forward-thinking documentary work happening this past decade-plus has hailed from Harvard University’s Sensory Ethnography Lab led by Lucien Castaing-Taylor. From their Montana-set sheepherding documentary Sweetgrass to the utterly mesmerizing sea-side journey Leviathan to the frightening Caniba, if one wants a look at the future of the field of non-fiction storytelling, this is a great place to start. – Jordan R.

There are three types of people, according to the opening lines of The Platform: those at the top, those at the bottom, and those who fall between them. That class-structure conceit forms the backbone of this ingenious Spanish horror that won the Midnight Madness sidebar at this year’s Toronto Film Festival, a twisted fantasy that aims high with socio-political ideas but never lets that get in the way of the gruesome nastiness of its Saw-like thrills. – Ed F. (full review)

The script–and Tomas Alfredson’s bravura treatment of it–captures the aura of John le Carré’s work. The paranoia, the voyeurism, the quiet, hazy tension — it’s all there. As George Smiley, the weathered, world-weary spy veteran who’s called out of retirement by his British Intelligence superiors to seek out a mole within the system, Gary Oldman defines the film’s effect. He’s reticently observant, never saying a word or making a gesture when he doesn’t have to. In this 1970s, panic-infused backdrop of undercover spies and disguised moles, the slightest tip of the hat can carry profound, far-reaching consequences. Oldman’s Smiley knows this, and shows us by the way he walks through this unbalanced world–always on his tiptoes, looking and listening before taking a step forward. – Danny K. (full review)

Directed by Kathleen Collins
The Passenger and Identification of a Woman