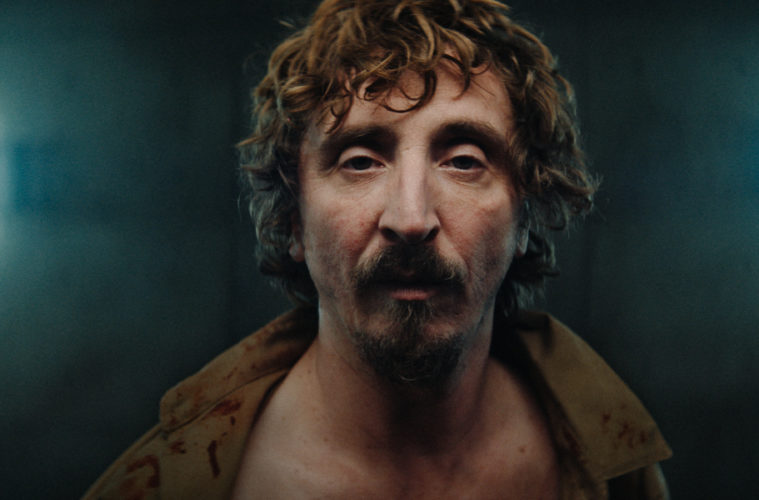 There are three types of people, according to the opening lines of The Platform: those at the top, those at the bottom, and those who fall between them. That class-structure conceit forms the backbone of this ingenious Spanish horror that won the Midnight Madness sidebar at this year’s Toronto Film Festival, a twisted fantasy that aims high with socio-political ideas but never lets that get in the way of the gruesome nastiness of its Saw-like thrills.

Save for a handful of flashback scenes, we never escape the near-future superstructure of “el hoyo”–”the pit” in Spanish–a gargantuan underground holding center, in which each floor holds two randomly assigned people. The “platform” of the English translation is an immense platter of food, lowered into the pit that stops for a few minutes level by level, so that residents munch on as much as they can to survive the day. The leftovers are then lowered to the unfortunate residents below.

Goreng (Ivan Massagué) wakes up on the 48th floor, a good level according to his companion–or is that cellmate?–Trimagasi (a scenery-chewing Zorion Eguileor), but that relative good fortune will only last a month, before they’re moved to a new level that could be the difference between living and dying. Is this a prison? A scientific experiment? Some disturbing reality TV show? Forget Jennifer Lawrence, this gives a new meaning to The Hunger Games.

In this dystopian allegory, it’s not just that the upper floors have their cake and eat it. The argument of director Galder Gaztelu-Urrutia, making his debut, is also about how society by nature is ruthless, a dog-eat-dog world that allows no-one their fare share. As hierarchies become obvious in Goreng and Trimagasi’s companionship, the film also reveals itself as a stinging social satire-sometimes too obvious, perhaps–as it reveals complex relationships between the people who lord over us and those underneath.

After a relatively calm first act, writers David Desola and Pedro Rivero devise a compelling nightmare that doesn’t hold back in its ultraviolence. It’s a film in which “eat or get eaten” takes on a literal meaning. Designed with simplicity by Azegine Urigoitia, it looks like a brutalist hell with the architecture and social commentary of JG Ballard’s “High Rise.” I was also reminded by Peter Greenaway’s The Cook, the Thief, His Wife & Her Lover, another movie visually obsessed with the voracious devouring of food, and with allusions to class and wealth.

The camera of cinematographer Jon D. Domínguez (a frequent Nacho Vigalondo collaborator) rams the audience with close-ups of teeth tearing meat from bone and particular plaudits should go to the sound design and Aránzazu Calleja’s score, that makes the clanging of pots and pans into a ticking clock counting down to an inevitably grim demise.

If Gaztelu-Urrutia does take his foot off the gas, it’s in how he slightly botches his crescendoed finale, which anthropomorphizes its symbolism in too cloying a fashion. But that this is a horror of ideas should be admired, and The Platform could be seen as a great new addition to new Spanish horror a decade after The Orphanage, Julia’s Eyes, and Rec.

The Platform played at Sitges Film Festival and hits Netflix on March 20.