Cats Review: A Truly Horrific Failure and the Year’s Most Essential Film 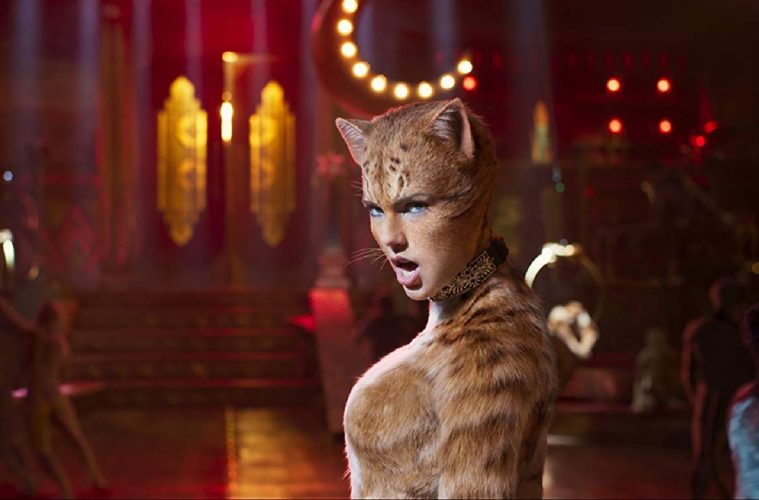 Christmas 2019. That’s the moment Tom Hooper agreed to when he embarked on adapting Andrew Lloyd Webber’s musical Cats for the big screen to the tune of 90 or so million dollars. Cats, like most of Webber’s career, was the best-kept dirty secret of Broadway. Provided no one asked questions about intent or authorial voice, his tone-deaf and deeply embarrassing musicals could run ad infinitum on the Great White Way. Webber all but invented a new diction, a unique idiom in which new (read: post-Thatcher) musicals were allowed to exist. The bargain was simple: you provide enough spectacle to blind blue hairs and no one of note will come for you. Webber was allowed to write one dreadful musical after another because no one ever asked questions of the entire apparatus of Broadway. Webber’s success was like the riddle of the sphinx.

Bring it to the multiplex and suddenly the shelter of the stage vanishes. You’re truly naked in front of a million prying eyes. Joel Schumacher’s Phantom of the Opera, Alan Parker’s Evita–no matter how talented on paper you were, everyone eventually figured out you had nothing to say if the biggest obstruction you had to hide behind was Andrew Lloyd Webber’s songcraft.

When you’re Tom Hooper you don’t even have the benefit of public opinion. The King’s Speech threw him into the limelight kicking and screaming, a film blotted out from our shared cultural memory mere moments after his hands touched the Oscar. His aesthetically bankrupt Les Misérables adaptation showed everyone his success was a fluke, and The Danish Girl was rightly abandoned by the community it was supposed to bolster. If in the 21st century you could not make a movie begging for trans rights that the trans community embraced, then you had missed your true calling as a highway sign spinner. For his next project, Hooper could do little else but further fuel curiosity as to how precisely he’s able to keep attracting resources. Naturally, he grabbed something so absolutely tasteless and outside of time as Cats to cap a decade of increasingly jaw-dropping failures.

His musical adaptation opens with a wealthy white woman tossing a cat into the goddamned street to the warbling strains of an old synthesizer. The film isn’t specifically set in Margaret Thatcher’s England, but the abject hideousness and unthinking joyfulness of everything we witness says it well enough. Webber’s musicals painted a picture of popper-fueled disco sex while Thatcher killed millions with policy and intervention alike, and Cats the movie is the perfect illustration of the uneasy accidental irony of Hooper’s career. With Hugh Hudson-esque self-seriousness, the director films actors in bad CGI costumes emphasizing their furry, bulge-free groins during catchy-if-utterly baffling numbers. It’s impossible not to think of Hudson’s apemen from Greystoke: The Legend of Tarzan, Lord of the Apes when Idris Elba belts out some wretched song, gorilla fur hanging off him like some moldering Charlie Gamora monster suit.

Even the nationalist British film industry had the decency to show Hudson the door after a few failures. Maybe we’ve all been waiting for indisputable proof of Hooper’s anti-talent so we could push him out the same way. Well, here it is. The date promised was Christmas, ready or not.

Absolutely nothing works here. There isn’t a performer who found their footing in the awful score, nor a piece of CGI scenery that transcends its shoddy date-demanded craftsmanship. Faces lag behind bodies like they’re the filler in a late-90s video game. Judi Dench, Rebel Wilson, Taylor Swift, even Ian McKellen–everyone is uncomfortable and lost. Every edit diminishes the terrible and lazy choreography, filleting the dancing which was the only reason to watch the show in the first place, so your eyes wander to the feet that magically transform from shoes to flesh because the CGI programming couldn’t keep up with the movement. The songs are all in the wrong key so no one seems comfortable singing. And why should they? They’re nude with weird animated tails swishing behind them. Simply, no one looks happy to be here. The point of Cats the musical–the reason it ran so long on Broadway–was because it placed lithe dancers in fun costumes on impressive sets. Tom Hooper took all that away–everything that could have made them feel safe–and placed muscular dancers on poorly-rendered blue screen sets.

All that’s left is nonsense; unnatural, incongruous facial expressions, tuneless caterwauling, incomprehensible grammar, vanishing continuity, poorly orchestrated songs, a plot that can’t transcend its utter insanity (cats competing to die), terrible effects, dire improv, deeply uncomfortable pro-slavery subtext, and Idris Elba somehow looking unsexy, clearly uncomfortable in Avatar-style furry drag. The world burns and naked millionaires sing excruciating torch songs. That’s why this is the most essential film of 2019. Nothing good could ever be this important. Like a terrorist attack or famine, it’s only true horror that brings about change.

Cats is now in wide release.