New to Streaming: A Hidden Life, Kelly Reichardt, There Will Be Blood & More 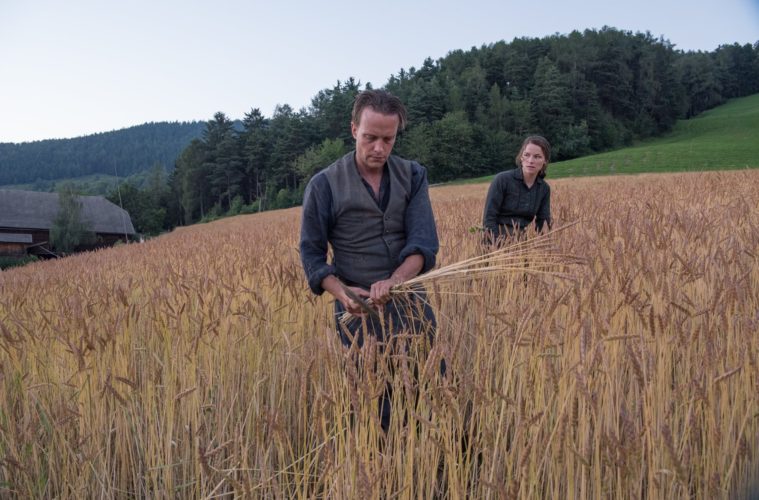 As Kelly Reichardt’s glorious new drama First Cow enters U.S. theaters starting today, if you are waiting for it to expand, The Criterion Channel has the showcase just for you. Featuring four of her best films–River of Grass, Old Joy, Wendy and Lucy, and Meek’s Cutoff–one can bask in the textured humanity and intimate worlds she creates. As part of the mini-retrospective, there’s also a masterclass featuring a conversation with April Wolfe.

From the opening moments of Haywire — Steven Soderbergh’s slice of espionage action pulp — a couple things become crystal clear: It is deceptively well directed and has proverbial balls of steel. The viewer has mere moments to chew over their surroundings before the main course kicks in. Shot with an unblinking eye, the fight choreography is slick and brutal, standing as an audacious proclamation from Soderbergh of his evolving verve in the current cinematic climate. What follows is a sleek hour-and-a-half stuffed with A-list stars and a story that is simultaneously breezily told and yet dense in its plotting. This is Soderbergh’s take on a spy thriller of generation’s past, combined with the gut and mind of a modern, R-rated action flick. You’ve been warned. – Mike M.

Capping off a decade of forward-thinking reinvention, Terrence Malick delivered what could be considered one of his bigger gambles: a three-hour drama almost solely about an internal, spiritual fight for survival. Employing the cinema-as-memory, restless approach that was solidified in The Tree of Life then experimented to its fullest with his recent trilogy of lost souls in modernity, A Hidden Life takes that style and evocatively rethinks the idea of a biopic. In the story of Franz Jägerstätter and his eternal torment of deciding not to utter a few words of commitment to the Third Reich to save his life (even if he didn’t mean them), Malick captures the beauty he’s leaving behind and the horror of what lies ahead in all of its glorious, terrifying rapture. The director’s longest theatrical cut yet, that endurance is part of the film’s greatest strength as we feel every grueling emotional beat that rings in the heart of Franz. Though heralded as a “return to form,” A Hidden Life is much more of a continuation of a newly-birthed radical method for Malick that I estimate will only age better in the decades to come. – Jordan R.

An official selection at Berlinale, Tribeca, Fantastic, Fantasia, and more festivals this year, Jared Mobarak said in our glowing review, “It’s thus a magical thing when Reeder lets them open their wings and fly. Sometimes it’s a cutting verbal barb or a devastating blow to the head with a folding chair, but it’s always this profound cathartic release… That she so effortlessly moves from the severity of such sequences to the restrained humor of others can’t be undersold since that dynamic is crucial for the film’s intentional artificiality to resonate as wholly authentic.”

The startling fact that there are only 45 official ambulances amongst Mexico City’s 9 million-plus population sets the intense, harrowing stage for Midnight Family. Following one family that runs their own operation, Luke Lorentzen takes an intimate look at the dedication required for such a task with a keen eye on the economic toll. With patients not requiring to pay, even if they may have died if not for this medical help, it creates a complicated situation when asking for the bill–and that’s only if they can beat out all the other private ambulances racing towards the scene of an accident. While one wishes this portrait was a little more fleshed out, the snapshot we get certainly sends a jolt, particularly in an unforgettable scene involving familial neglect. – Jordan R.

Clint Eastwood’s conservatism has always been an easy target. While it is true that right-wing ideals manifest commonly in his work, his detractor’s arguments usually neglect to notice his more progressive values. In that sense, I’ve always interpreted his cinema as confronting a more vertical political structure–between those with power and those without. Richard Jewell, Eastwood’s latest celebration of working-class American heroism, traps its audience in the helplessness of its title character, who is falsely vilified by the FBI and media after preventing the bombing at Centennial Park during the 1988 Atlanta Olympics. It is some of Eastwood’s most emotionally devastating and unsettling work yet, deromanticizing core American values via contemporary cynicism and institutional insecurity. With enormous empathy, he reframes Jewell–embodied by a career-defining performance from Paul Walter Hauser–into a strangely relatable symbol of those betrayed by the very systems they trust. – Jason O.

Hunter (Haley Bennett) has never had control over her life. She’s tried her hardest to claim some, however, by giving away her love. She gave it to a mother who treated her like an afterthought compared to her siblings, a career in art that always found itself to be just out of reach, and the man (Austin Stowell’s Richie) she walked down a matrimonial aisle towards despite his only ever seeing her as a prize—a possession for a shelf of conquests someone in his socio-economic sphere needs to prove successful. As every projection of her love was met by indifference and/or irritation, it ate at her resolve to believe it was possible to become whole. Numbed to their apathy, Hunter’s compulsion to feel changed course. – Jared M. (full review)

There Will Be Blood (Paul Thomas Anderson)

There Will Be Blood, Anderson’s epic poem of period cinema set in the age of robber-barons and California mining rushes, elegantly bridges and hones the writer-director’s divergent impulses. Interior yet epic, focused yet vast, coherent yet cryptic, historical yet personal; it feels more singular, significant and fully realized than any Anderson project before or since, and at ten years old remains the magnum opus of an American master. – Eli F. (full feature)

Halfway through Dominga Sotomayor’s movingly tender coming-of-age tale Too Late to Die Young (Tarde Para Morir Joven), my mind jolted back to a movie I saw and instantly fell for a couple of months prior, Carla Simón’s Summer 1993. It took me a while to figure out why. Summer 1993 is set in early 1990s Catalunya; Sotomayor’s takes place at the decade’s outset, but on the opposite side of the world: a commune nestled in the arid cordillera towering above Chile’s capital, Santiago. Yet at some fundamental level, the two films speak the same language. Underlying Sotomayor’s follow-up to her 2012 feature debut and Rotterdam Tiger Award winner Thursday Till Sunday is a deep-seated nostalgia – the same longing for a long-gone era that rang achingly true in Summer 1993. – Leo G. (full review)

Black Christmas (review)
Go Back to China (review)
Jumanji: The Next Level

Roman Holiday
The Spy Who Came in From the Cold

Invention for Destruction
Scores by Quincy Jones
The Daytrippers

The Jesus Rolls
Over the Rainbow
Run This Town (review)