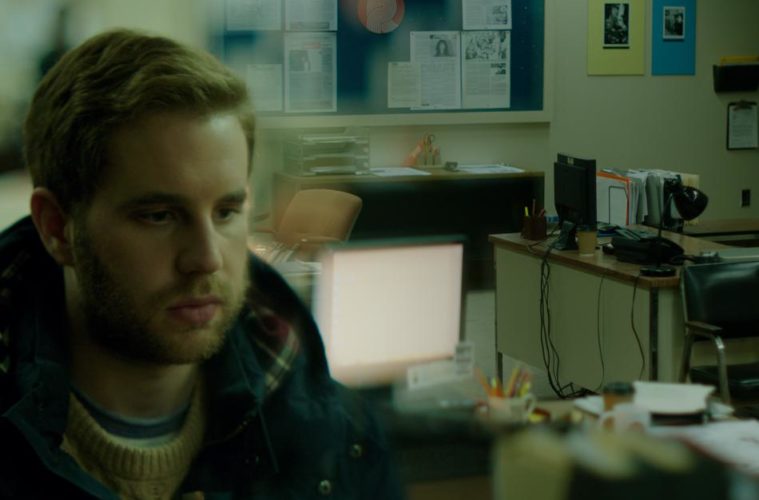 A superbly entertaining new thriller from Ricky Tollman, Run This Town offers a fictionalized account of late Toronto mayor Rob Ford’s well-documented issues battling addiction and megalomania. As a disclaimer, the story was largely broken by Robyn Doolittle of the Globe and Mail. Tollman’s fictionalization of the events focuses on Bram (Ben Platt), who writes listicles for a local paper while dreaming of making his way in the world. We’re first introduced to him when he finds out that because he didn’t register, he won’t technically be able to graduate from journalism school despite completing all course requirements.

Run This Town balances a fledgling Bram’s entry into the world of journalism with a story of Ford staffers, including aide Kamal (Mena Massoud) and new addition Ashley Pollock (Nina Dobrev), who operate a spin machine that keeps embarrassing details out of the news. It can’t keep them out of social media and Bram, the resident millennial, is assigned to scoop the embarrassing exploits of the mayor for the paper.

Directed as a tense cat-and-mouse game fully using its anamorphic wide-screen ratio and short takes, Run This Town nods to classic political thrillers in the vein of All The President’s Men. Enormously entertaining with liberties taken (an incident involving Ashley later folds into one of Ford’s most viral video moments), the film is largely a portrait of millennial anxiety over finances and career rather than a Ford biopic. (The rights to Robyn Doolittle’s book Crazytown were optioned years ago).

Ford, played somewhat distractingly in a fat suit by Damien Lewis, captures the unique depth of  the man, a friendly politician who made a name as a suburban city counselor doing direct constituent services. It’s no wonder “Ford nation” had his back when allegations of inappropriate behavior at a night club come out. Lewis also captures both the cruel and vulnerable side of Ford, an addict who also made time to coach high school football.

In the opening scene his team of millennials run a mock session in the city court, which later leads Kamal (cruelly pronounced as Camel by Ford in moments) to state he at times acted as the unofficial mayor of North America’s ninth largest city. Controlling the circus becomes too much for the young staffers especially when Ford drunkly berates while turning the top of city hall into a private party. He’s accurately described as the city’s year-around mall Santa.

On the paper side, after a series of layoffs, Bram gets lucky when a random call is placed to the paper about a tape involving Mayor Ford smoking crack. His mentoring editor (Scott Speedman) encourages him to pursue it for now, leading to the editor (a terrific Jennifer Ehle) to guide him for the final steps as the paper agrees to pay in cash for clicks against her better judgement.

An engaging thriller first and a millennial can-do tale second, Tollman’s script sometimes tells rather than shows as it repeats points later in the picture. Yet the rapid-fire pacing is continually riveting, calling back to the great political thrillers of yesteryear. There’s also plenty of parliamentary intrigue as Ford’s story–a side show for international late night talk show hosts–had real implications for Torontonians. To deflect from the cult of personality, Tollman chooses not to show the mayor until the film’s second act. While this is by no means the most comprehensive way to convey the story of Ford, it is one way to tell it with a straight face and real stakes.

Run This Town premiered at SXSW and opens on March 6.