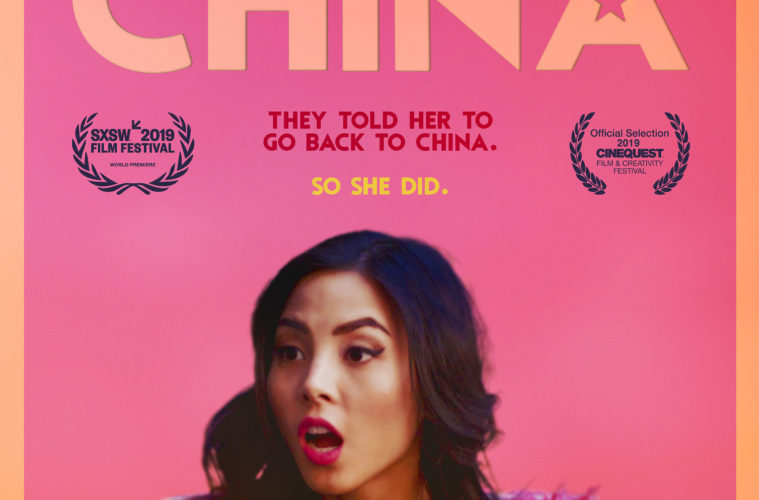 A funny, light, and heartfelt situation comedy, Go Back to China finds a fashion school graduate Sasha (Anna Akana) in her father’s toy factory after she’s cut off, blowing half a million dollars on food, drink, and fashion in Los Angeles. Written and directed by Emily Tang, the film feels like a pilot concept and that’s not entirely negative criticism thanks in part to its likable lead whose adventures to find herself don’t involve meeting the man of her dreams but rather landing a dream job after learning the value of hard work.

Failing to land a gig in Los Angeles, she’s either a wise capitalist who knows her worth or a brat after she discloses to several hiring managers she doesn’t want to work for free. Sasha now finds her trust fund and credit cards suspended when the bill comes on her lavish birthday party. She’s given an ultimatum by her loving but terribly flawed father Teddy (Richard Ng): come home and work for him or go at it alone. Facing eviction, she hops on a plane his suburban compound to meet with older half-sister Carol (Lynn Chen) to learn the ropes of the factory. Having an affair that led to Sasha’s birth to a Chinese American who shipped her off to Los Angeles, Teddy finds it easier to maintain a disposable girlfriend. His newest relationship is with a pretty young woman who provides companionship in exchange for her brother’s schooling; he was born outside of the one-child policy with grim future prospects.

Go Back to China is a fish out of water workplace comedy not unlike Jeff Jeffcoat’s Outsourced which was later turned into an NBC sitcom that fizzled out. This film takes the sitcom formula, including one-liners, and turns it into a sweet social critique of Chinese rural culture, globalism, capitalism, and technology. Rural China is expected to produce designs that set trends while being technologically isolated as Sasha learns when she tries to log-in to Instagram. The film doesn’t shy away from darker elements as Teddy apprehensively calculates the cost of adding apples to his workers’ cafeteria while also stepping and paying for emergency health care when warranted.

Despite an occasionally lazy script–including moments of extreme foreshadowing as Sasha makes a decision that we know will be harmful as she takes the design lead–Go Back to China works thanks in part to its likable cast led by Akana, a YouTube star in her first leading feature role. The film progresses predictably with an easy charm even if it’s dragged down by occasionally clunky pacing and sitcom tropes while exploring the complexity and flaws of its characters.

Go Back to China premiered at SXSW.