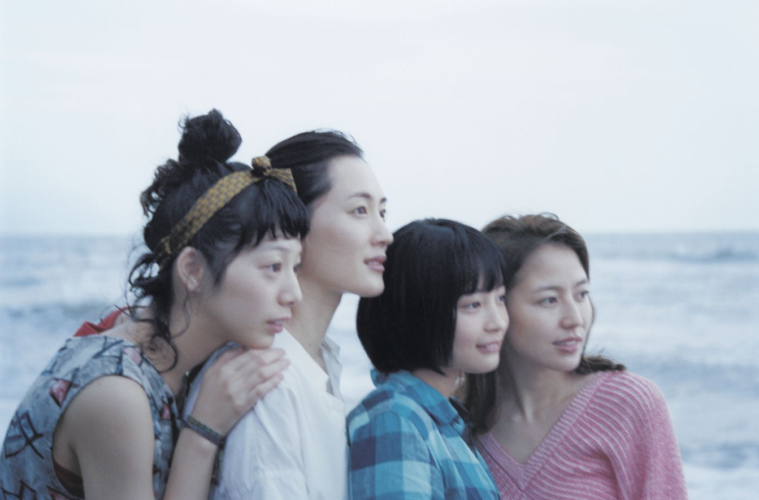 While the Cannes 2015 line-up is still some time away from being revealed, today we have a preview of at least a few films that we’re willing to bet will be part of the festival. We’ve covered a number of them on our most-anticipated of the year feature and today gives us a better look.

First up, above and below we can see new images from Tabu director Miguel Gomes‘ Arabian Nights, which has concluded a year-long shoot. Thanks to a recent interview, we’ve now learned that the film clocks in at 6 hours and 37 minutes and is made up of three sections titled The Restless, The Desolate, and The Enchanted. Arriving in Portugal this October, hopefully we’ll get more details on the ambitious project soon.

Following that there’s new images and details on the next films from Hirokazu Koreeda, Philippe Garrel, Hou Hsiao-Hsien (now with a full synopsis and in high-resolution), Corneliu Porumboiu, Declaration of War‘s Valérie Donzelli, Lucile Hadzihalilovic (co-writer of Enter the Void), Joann Sfar (The Rabbi’s Cat), as well as Adèle Exarchopoulos and Tahar Rahim‘s latest drama. For a preview of some of our most-anticipated films of 2015, look no further than below.

Three sisters – Sachi, Yoshino and Chika – live together in a large house in the city of Kamakura. When their father – absent from the family home for the last 15 years – dies, they travel to the countryside for his funeral, and meet their shy teenage half-sister. Bonding quickly with the orphaned Suzu, they invite her to live with them. Suzu eagerly agrees, and a new life of joyful discovery begins for the four siblings… After Like Father, Like Son (Jury Prize, Cannes FF) and Nobody Knows (Best Actor Prize, Cannes FF) Kore-Eda Hirokazu returns with another sensitive and poetic tale of love and family ties.

Costi (33) leads a peaceful life. At night he likes to read his 5-year-old son stories, to help him sleep. Their favourite is Robin Hood. Costi sees himself as the hero – righter of wrongs and defender of the oppressed. One evening, his neighbour pays him an unexpected visit and shares a secret: there’s treasure buried in his grandparents’ garden, he’s sure of it. If Costi will hire a metal detector to help locate it, he’ll give him half of whatever they get. Skeptical at first, in the end Costi can’t resist. He’s on board. The two accomplices have one weekend to locate the loot. Despite every obstacle in their path, Costi refuses to be discouraged. For his wife and son, he’s a real hero – nothing and no one are going to stop him. Perennial Cannes favourite Corneliu Porumboiu returns with a tender black comedy, in which a parent’s love transforms life into a fairytale.

After JEALOUSY, Philippe Garrel returns to the theme of romantic passion, the birth and death of relationships and the strange paths of desire.

Pierre and Manon make low-budget documentaries and live off odd jobs. When Pierre meets a young trainee, Elisabeth, she becomes his mistress. But Pierre doesn’t want to leave Manon – he wants to keep both women. Elisabeth discovers that Manon has a lover, and tells Pierre. Pierre returns to Manon, the woman he truly loves. Feeling betrayed, he begs her, neglecting Elisabeth… After Jealousy, Philippe Garrel delivers a new variation on the theme of romantic passion, the birth and death of relationships and the strange paths of desire.

An aristocratic brother and sister embrace passion and hope as they flee from society. A timeless story of desire, love and death beyond all morality.

Julien and Marguerite de Ravalet, son and daughter of the Lord of Tourlaville, have loved each other tenderly since childhood. But as they grow up, their affection veers toward voracious passion. Scandalized by their affair, society hounds them until, unable to resist their feelings, they flee. A contemporary fairytale about desire, passion, hope, love and death. A timeless story, beyond all morality.

19th century Paris. An ambitious officer (Tahar Rahim) finds himself torn between desire and duty when he is charged with infiltrating an anarchist organization.

Paris 1899. Corporal Jean Albertini (Tahar Rahim), an orphan of humble origins, is chosen to infiltrate a band of anarchists. For him, it’s a chance to move up the ranks. But forced to compromise without respite, Jean is increasingly divided. On one hand, he delivers incriminating intelligence reports to his superior, Gaspar. On the other, he feels himself developing genuine feelings for the anarchists, particularly for Judith (Adèle Exarchopoulos) the leader’s girlfriend. Events gather speed and an armed attack is put in motion. Torn between duty and his heart, Jean will have to choose his allegiance… Elie Wajeman – whose Aliyah (selected at Directors’ Fortnight, Cannes FF) established him as one of the leading lights of young French cinema – returns with his second feature, a powerful historical thriller boasting the electric pairing of Tahar Rahim and Adèle Exarchopoulos.

On a remote island inhabited solely by women and young boys, Nicolas (10) and the other boys are subjected to mysterious and sinister medical treatments.

10-year-old Nicolas lives with his mother on a remote island, in a village inhabited solely by women and young boys. In a hospital overlooking the ocean, all the boys are subjected to a mysterious medical treatment. Only Nicolas questions what is happening around him. He senses that his mother is lying to him, and is determined to find out what she does with the other women at night, on the beach… What he discovers is the beginning of a nightmare into which he is helplessly drawn. But in Stella, a young nurse at the hospital, Nicolas finds an unexpected ally… Lucile Hadzihalilovic (Innocence – Best New Director Award – San Sebastian, Bronze Horse – Stockholm FF) returns with a new journey into a mysterious world of childhood dreams, fantasies and fears…

Our beautiful, perplexing and headstrong heroine struggles with her sanity when an impromptu trip to the seaside turns into a crazy nightmare.

She’s the most beautiful, most short-sighted, most sentimental, most perplexing, most obstinate, most untrustworthy and most troubling of heroines. The lady in the car has never seen the sea. On the run from the police, she keeps telling herself that she’s not crazy. Only… Based on a novel by Sébastien Japrisot (One Deadly Summer, A Very Long Engagement).