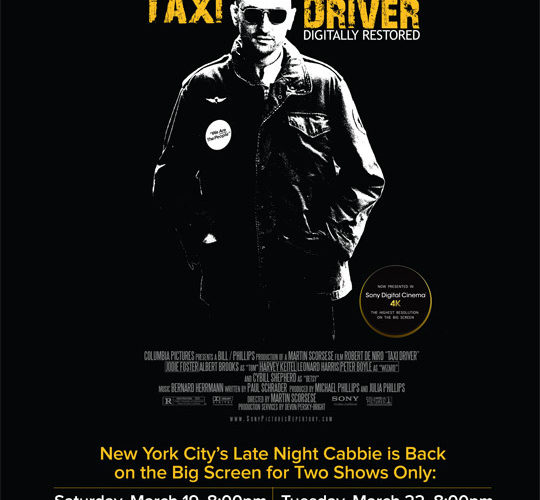 On February 8, 1976, Martin Scorsese‘s Taxi Driver hit theaters across America and went on to influence filmmakers around the world.

On April 5, a special edition 35-year anniversary Blu-Ray of Taxi Driver is being released. In celebration of the event, AMC Theaters will screen 4K digital prints of the film at 8 p.m. March 19 and 22.

If that’s not enough to convince you to check this film out in theaters while you can, here’s a special trailer for the event. Find out if it is coming to a theater near you here.