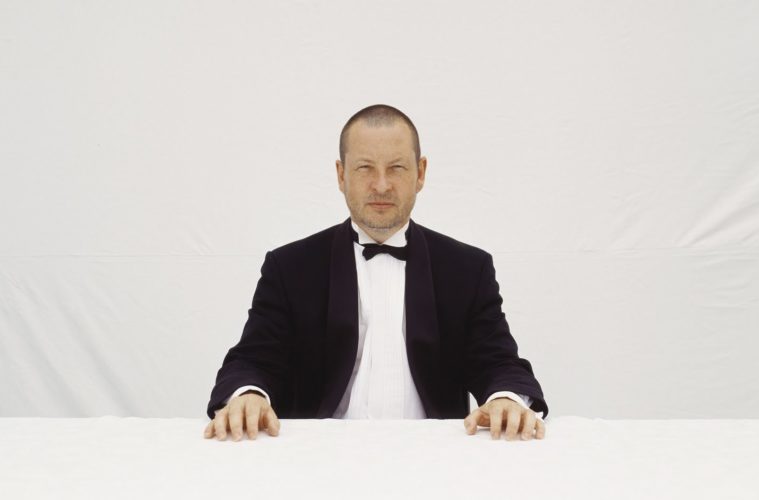 We know by now that Danish provocateur Lars von Trier is a little crazy. If his maddening, fascinating movies don’t convince you, watch his Satanic role as himself in The Five Obstructions, in which he torments one of his filmmaking  mentors by having him remake the man’s celebrated short film five times, with five seemingly impossible restrictions. Or just watch Antichrist. Or read his apparently drunken attempt at joking around about being a Nazi sympathizer. Or maybe he wasn’t joking. Either way, von Trier has vowed to never again speak to the press, according to a recent message.

“But then I found out I was actually a Nazi. My family was German. That also gave me pleasure. What can I say? I understand Hitler. I sympathize with him a bit.”

Almost immediately, von Trier backed off a bit from this stance, noting that while he had nothing against Jews, “Israel is a pain in the ass.”

Now, months later, after a formal apology and retraction, Denmark officials – who evidently have no sense of humor, or at least irony – have launched an investigation into whether or not von Trier’s comments can be considered illegal under a set of French laws banning justification of war crimes. As a result of these actions, von Trier has released the following statement:

Today at 2 pm I was questioned by the Police of North Zealand in connection with charges made by the prosecution of Grasse in France from August 2011 regarding a possible violation of prohibition in French law against justification of war crimes. The investigation covers comments made during the press conference in Cannes in May 2011. Due to these serious accusations I have realized that I do not possess the skills to express myself unequivocally and I have therefore decided from this day forth to refrain from all public statements and interviews.

Got that? No more! With everyone taking themselves a bit too seriously, the best possible move von Trier could have made was to shut himself up forever. Not that anyone really expects him to. I believe his unfortunate statement was just a stream-of-consciousness rant that should’ve been left unsaid. That doesn’t excuse his dipshit remark, but neither does it mean he was formally justifying Nazi war crimes at Cannes. I think the man is a brilliant mutant with little to no sense of tact. End of story.

Do you think this investigation takes things a bit too far, or do you think von Trier should be prosecuted for his comments?