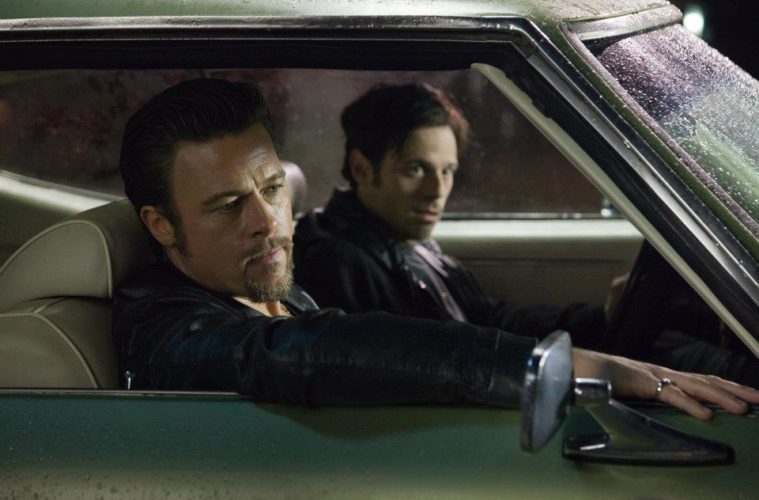 It’s a hard feat following up one of the greatest films of the last decade, but Andrew Dominik may have pulled it off with the crime drama Killing Them Softly. The Assassination of Jesse James director re-teams with Brad Pitt and Sam Shepard, bringing along James Gandolfini, Ray Liotta, Ben Mendelsohn, Richard Jenkins and  Scoot McNairy in the heist story surrounding a mob poker game.

We’ve got the first trailer tonight for the film, which certainly seems to shed the poetic nature of his previous effort, opting for a funnier, rougher tale of violence. Anchored by Johnny Cash‘s The Man Comes Around, it looks to be one of the most promising, stylish adult drama options this fall. Check out the trailer below via Huffington Post and make sure to read our positive take at Cannes here.

When their poker game is knocked off by petty thieves, the Mob calls in their best enforcer, Jackie Cogan, to make things right. Under the eye of a mysterious driver, Jackie must track down and punish those responsible for the heist. His assignment is complicated by those he comes up against along the way – an aging, drunken hit man, some bumbling local gangsters, and the ladies’ man who ran the ill-fated game.