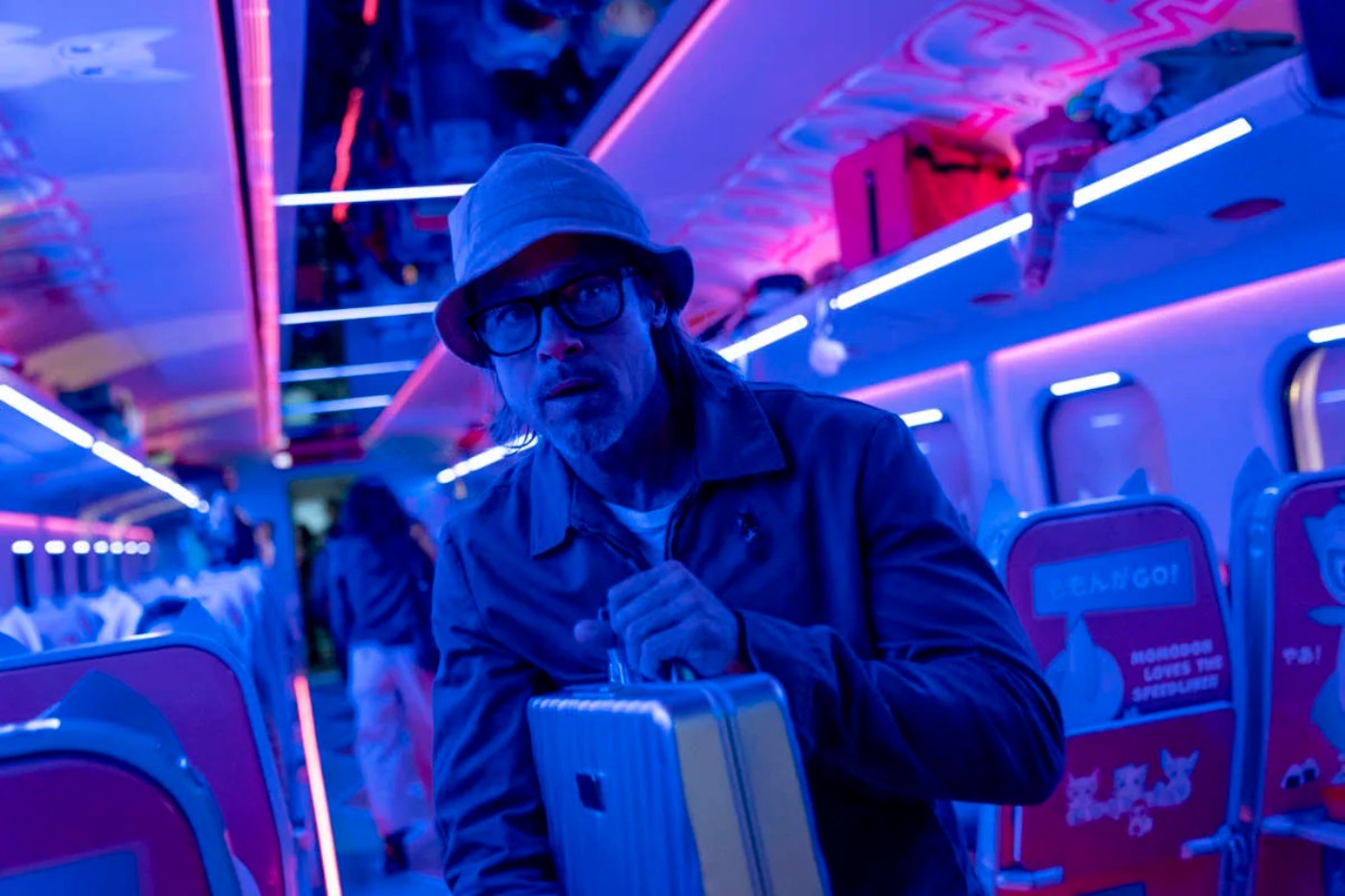 For a film filled with piles of dead bodies, generational family trauma, and a general bad-luck vibe, David Leitch’s Bullet Train lacks any sense of authenticity. Leitch and screenwriter Zak Olkewicz adapt a Japanese novel into a supposed thrill-ride, high-speed chase through train cars brimming with famous actors waiting to make short and ineffectual cameos. Starring Brad Pitt as Ladybug, a too-tired, zen-focused assassin, the action flick beats its audience over the head with constant gags, humor that will likely appeal to those under the age of 18, and slapstick jokes with no meaning behind them.

Pitt revels in his role as a sad sap of a hitman, a character focused on talking rather than fighting, eventually killing all of his adversaries by accident. His pure stardom carries the film during portions of inactivity, and Leitch’s action sequences remain some of the genre’s best, using the confinement of train cars to stage more entertaining action spectacle than any streamers have been able to offer, regardless of their outsized budgets. Pitt shoulders far more than his weight, flashing a smile in the face of danger, buying into the absurdity of this hyper-stylized exercise. Yet the stuntman-turned-director’s films have been steadily declining in quality since 2014’s John Wick, losing the thing that made his first feature such a success: stakes.

In Bullet Train, Ladybug battles the world’s most famous assassins, the likes of which include Joey King as The Prince, Aaron Taylor-Johnson as Tangerine and Brian Tyree Henry as Lemon, and Zazie Beetz as Hornet. Leitch adds in smaller roles from rapper Bad Bunny, long-haired Michael Shannon as a crime overlord, and Sandra Bullock as an assassin handler, hoping to distract from the film’s general sense of unimportance. The story swirls around all these killers, giving them short, quippy backstories, unable to rest within its own narrative—Leitch’s action comedy moves too fast for its own good, acting funnier than it has any right to think itself with a director leaning too hard on his experiences filming Deadpool 2.

Everyone in the film is winking at each other, every scene a nod to the audience. In a state of sputtered self-indulgence it struggles to reach above its own one-liners, pushing to land one more wisecrack in the midst of a central character’s sadness or a supporting character’s death. The entire cast seems to be game—Pitt has a blast, and Taylor-Johnson and Henry complement one another as British partners with equal amounts of love and violence in their veins. A running bit with Thomas the Tank Engine ends up being the emotional high point; a film about fathers and their children (and the losses of their loves) remains hidden beneath Bullet Train, even if Leitch decided to go in a messier, bigger direction.

The mileage of Leitch’s film will vary depending on one’s tolerance for the style and (lack of) substance riddling this story. The incessant humor lends to a sense of understood predictability by the halfway point—the idea that this has become the norm in the action genre. Surprise falls out of the train alongside many of the train’s doors by the closing credits. Through this intentional battering, the film has the potential to wear one down. It will test the patience of many viewers, but others will buy into the shtick, allowing the jokes to rain down upon them while focusing on the charisma of the cast.

Bullet Train is the type of blockbuster that has the potential to make hundreds of millions of dollars and be forgotten by those ticket-buyers 24 hours after seeing the film. Leitch has created a one-liner of a movie, a one-note action comedy that needed less of the latter to be successful. Pitt’s charm can’t save Bullet Train from its inappreciable destiny, even if the film represents a decade-long shift in the genre: a misunderstanding from directors that audiences are more excited by jokes rather than action and depth.