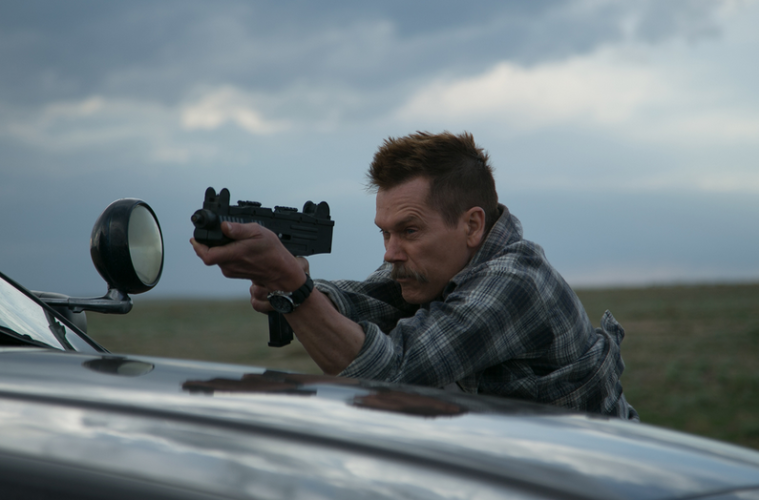 Returning to the independent world this year, Kevin Bacon brought Cop Car to Sundance, a thriller which he also served as executive producer. Directed by Jon Watts and written by Watts and Christopher D. Ford (Robot & Frank), the first trailer has now arrived ahead of an August release for the film which follows Bacon as a corrupt officer who loses his vehicle after some kids take a joyride.

We said in our Sundance review, “After all is said and done, Cop Car feels like half of a movie with no real ending. A number of creative decisions are made to get to a narrative fork in the road for these two kids that feels transported from another, darker movie lacking in the playful beginnings of this one. There’s a lot to like here, just not enough to recommend.”

Check out the trailer below for the film also starring Shea Whigham, Camryn Manheim, James Freedson-Jackson, and Hays Wellford.

Two good-natured but rebellious young boys (James Freedson-Jackson and Hays Wellford) have claimed their independence and, unbeknownst to their families, ran away from home. Equipped with some beef jerky, they stroll through golden fields making their way towards a secluded glade where they find an abandoned cop car. Curious and excited, they explore the car, find the keys and take the car for a joyride.

Their bad decision unleashes the ire of the car’s owner, a county sheriff (Kevin Bacon), who has left something of great value in the car and is desperate to get it back. A fast-paced game of cat-and-mouse ensues and the boys quickly discover that the fun is over and they are in way over their heads.