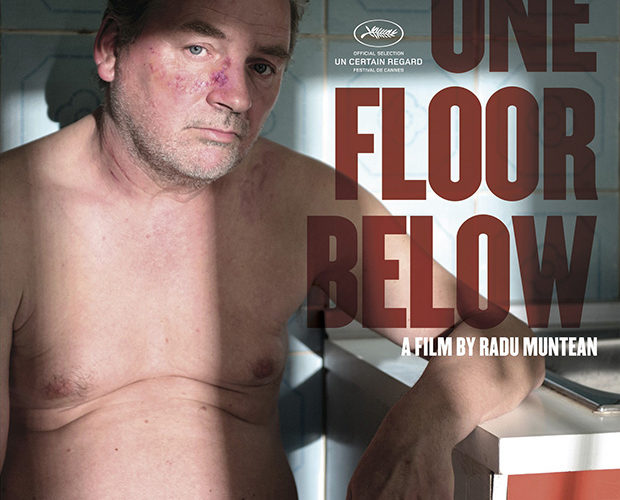 [Karlovy Vary Review] One Floor Below

Radu Muntean is regularly associated with the directors of the Romanian New Wave. Like many of the films to emerge from this remarkably enduring ‘movement’, One Floor Below is a stripped-down exercise in social realism whose deceptively unassuming narrative serves as a reflection on the zeitgeist of contemporary Romania. However, unlike the best of its peers, One Floor Below is unevenly evocative in its resolute minimalism, proving only intermittently successful at engaging the viewer with the philosophical concerns at its core.

Patrascu (Teodor Corban), the film’s protagonist, is a family man who owns a business that helps clients fast-track the bureaucratic process of registering their car. While on his way home, he overhears a violent argument in the apartment of his downstairs neighbor, a student named Laura. He stops to listen by the door until, suddenly, another neighbor, Vali (Iulian Postelnicu), bursts out of Laura’s apartment and catches Patrascu eavesdropping. The following day, Laura is found dead. When the police come to interrogate him, Patrascu denies having noticed anything out of the ordinary as of late, also claiming to have no clue as to who could be responsible for the murder.

This intriguing premise, with Patrascu’s motives remaining opaque, is established early on. Then, for the first hour or so, One Floor Below alternates between depicting Patrascu’s home life (with his wife and teenage son) and work assignments, which largely consist of driving around and negotiating administrative shortcuts via cellphone. Although he keeps his knowledge of the argument between Laura and Vali to himself and puts up a façade of nonchalance in opposition to everyone else’s enthusiastic speculating and rumor-mongering, he’s haunted by the murder. The script throws in a few red herrings as to why (e.g. hinting that Laura may have been a prostitute and Patrascu one of her clients), but these are given little weight, and the film gradually evolves into an exploration of Patrascu’s simmering guilt for having put self-interest (primarily his family’s safety) ahead of social responsibility.

On every level, the narrative is kept deliberately mundane — Patrascu’s work is almost absurdly uninteresting and his domestic life as banal as it gets — so as to better stimulate meditation on Patrascu’s moral quandary and of the greater socio-historical context in which it is embedded. While this strategy initially works, at length the film simply offers too little to go on, coming dangerously close to slipping from understated to insipid. Visually, Muntean opts for a correspondingly blinkered aesthetic. Patrascu is present and foregrounded in virtually every shot, and through persistent use of shallow focus, his environment is kept blurred-out the majority of the time. Such a stylistic approach may give primacy to Patrascu’s perspective, but it also deprives the viewer of vital external elements.

Thankfully, Corban is an excellent actor and does a great job eliciting the necessary empathy towards his character while simultaneously maintaining a high degree of inscrutability. Postelnicu is also very good as the shady Vali, and the film picks up considerably in its third act when he re-enters the picture, pretending to seek Patrascu’s help in registering his car as a means of finding out why the latter didn’t turn him in. Vali’s slyly menacing presence — especially as he enters Patrascu’s apartment, bantering with the man’s wife and playing with the son — injects much-needed urgency into the narrative. Patrascu’s escalating anxiety builds to an unexpectedly forceful climax, and the enigmatic ending that follows purposely leaves many questions open. Even though One Floor Below can be a frustrating watch for much of its duration, it’s the type of film that fuels lengthy and fascinating post-hoc discussions.

One Floor Below screened at Karlovy Vary International Film Festival and is seeking U.S. distribution.