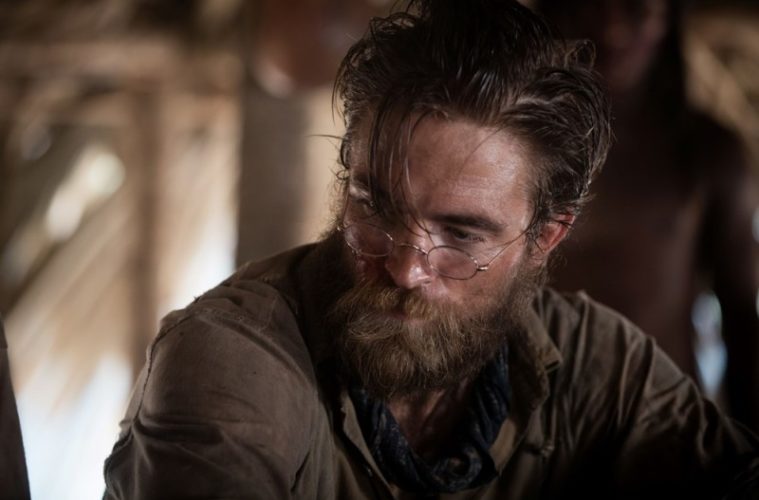 Following the conclusion of Sons of Anarchy, Charlie Hunnam has been on a mission to land success on the big screen. After his Guillermo del Toro-helmed one-two punch of Pacific Rim and Crimson Peak, his most promising role yet arrives this spring as a British Explorer in director James Gray’s latest film The Lost City of Z.  One of the best films of 2017 we’ve already seen, the adventure drama explores the time period of the early 20th century when Hunnam’s character, Percy Fawcett, discovers evidence of a lost civilization in the Amazons, but is ridiculed by the scientific community.

As one can see in a batch of new images, during his adventure into the Amazon, Hunnam will also be accompanied by Robert Pattinson, whose character’s role is to assist Hunnam on his journey in search for further proof of this lost civilization. As for Gray, it looks like his next project has been confirmed as the sci-fi epic Ad Astra. Although no logline or cast has been revealed yet, My Entertainment World reports production is aiming to kick off this May, so expect more details soon for the film that will likely arrive in 2018.

Check out the new Lost City of Z photos below (via The Playlist) with aforementioned stars Hunnam and Pattinson, along with Sienna Miller, Angus Macfadyen, and Tom Holland. We’ve also included a new video on the fate and opera of the cinema of Gray.

Update: See a new U.K.trailer below.

Based on author David Grann’s nonfiction bestseller, THE LOST CITY OF Z tells the incredible true story of British explorer Percy Fawcett (Charlie Hunnam), who journeys into the Amazon at the dawn of the 20th century and discovers evidence of a previously unknown, advanced civilization that may have once inhabited the region. Despite being ridiculed by the scientific establishment who regard indigenous populations as “savages,” the determined Fawcett — supported by his devoted wife (Sienna Miller), son (Tom Holland) and aide-de-camp (Robert Pattinson) — returns time and again to his beloved jungle in an attempt to prove his case, culminating in his mysterious disappearance in 1925. An epically scaled tale of courage and obsession, told in James Gray’s classic filmmaking style, THE LOST CITY OF Z is a stirring tribute to the exploratory spirit and those individuals driven to achieve greatness at any cost.