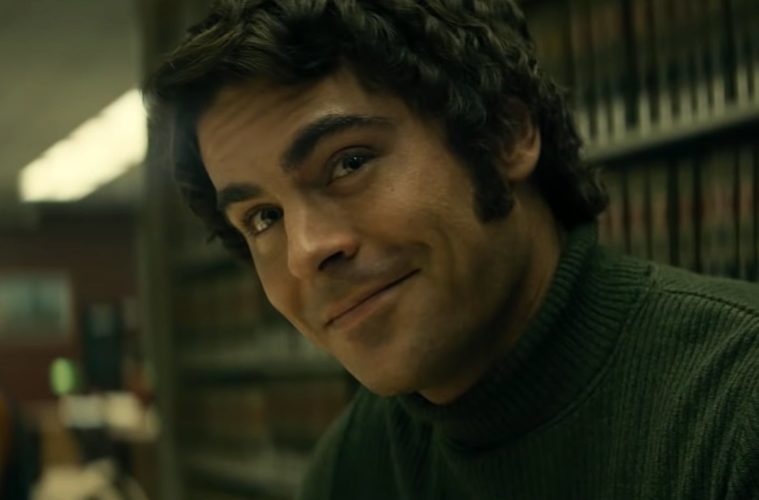 Director Joe Berlinger hopes viewers have one take-away from his new Ted Bundy film, Extremely Wicked, Shockingly Evil and Vile: that killers are not guys who come out of the shadows with long teeth and blood dripping off their chins; they are three-dimensional human beings. Whether his film sends that message is the cause of debate out of Sundance.

We sat down with Berlinger to discuss his psychological well-being after spending years with Bundy and his crimes, both for the film and his Netflix show Conversations with a Killer: The Ted Bundy Tapes. We also discussed why Bundy’s double life included going to law school and how the killer kicked off the era of dubious men using mass media to build fanatical supporters.

The Film Stage: What do you think it’s done to your own psyche to spend this many years with Ted Bundy and his crimes?

Joe Berlinger: My wife is laughing, because you know this is not the first time I have taken on dark subjects. but I think doing the unscripted and scripted project that was basically in the same time period of such a disturbing time and dark story, it’s taking a bit of an emotional toll. I jokingly say to my friends that if you look at my filmography it basically splits out into two buckets: murder and music. And I think it’s time to go make a music film to remind me of the heights of human achievement versus the depth of human depravity.

Coming from a social activist documentary tradition is what I’m mainly known for. I generally want to make a film about something in which I feel there is something to say and there’s a lesson to impart. And obviously this is my first scripted film in a very long time and the lesson I wanted to impart to young people is: I have daughters who are the age of Bundy’s victims. I think it is an important to understand that people really need to deserve your trust. That the people who do evil in this world are often the people you least expect, and often the closet to you whether it is a priest who commits pedophila, or your loving boyfriend who is a great surrogate father to your daughter from another relationship, but when you’re not together, he’s off killing people. You know, I think that is a lesson that’s valuable for people to hear.

So the long answer to your question is as long as I feel like there is a purpose to this storytelling that will help people and reach people in some way, and then even though I have spent a lot of time in some of the dark recesses of the worst behavior one person could do–actually the worst behavior a human being can do to another human being–I think it saves me from going down the horrible dark mental rabbit hole, because I believe that for those for whom this film works, it’s not just a piece of entertainment. I think it’s got a deeper social message to it.

Well look, the documentary series came first. These tapes landed on my desk from a guy named Stephen Michaud, who is the author of the book Conversations with a Killer, and he and Hugh Aynesworth relied on these Bundy interviews to write the book several decades ago. He reached out to me in early January 2017 and said: “Hey, you know the tapes that I based the books on, we never really used for anything. Do you think there’s a series there?” And I did. I found that the tapes were this chilling entry into the mind of a killer to understand how we operated and to tell a full story of the horrible acts that Bundy perpetuated, which that felt right for the documentary format. The script landed on my desk two months later in just some strange coincidence and I thought it was a script that would take forever to get off the ground, but it came together very quickly, much to my surprise. Within weeks of me reading the script, Zac Efron and Lily Collins signed on and within weeks of that the movie was sold at Cannes. It was so blindingly fast and that actually never happens, so when I read the script I thought this is going to take years to get off the ground and it came together within weeks.

So the fact that it came together provided two interesting and very different ways to get into the stories. Whereas The Conversations with a Killer doc series is this journey into the mind of a killer, why I was attracted to this script for Extremely Wicked is this is a deep dive into the mind of the victim and how somebody like Bundy operates and how somebody can deceive and manipulate and successfully avoid detection for so long. Obviously a scripted format and documentary format is different: different amounts of screentime, different objectives, and I thought that there have been many, many great serial killer movies and then you got bad ones that are a cataloging of the extreme violence, and that was so uninteresting to me. What was interesting to me was giving the audience the same experience that Bundy’s friends and protectors had because they thought he was innocent, and the women who loved him knew what it’s like to be betrayed by someone whom you invested all this trust and love with. That required not showing the audience any violence until the end of the movie. Because the moment you see that stuff, then you are not emotionally invested in that relationship.

You don’t make a movie for everybody. Some people don’t like the movie, but if it’s working for you I think it works for you because the experience I’m trying to give you is what it is like to believe in somebody who is not worthy of our trust and to give the audience that same journey his victims had. When you come into the film, you know it’s Bundy, you kind of suspend that intellectual knowledge and you invest in the relationship, and when Bundy jumps out the window, I want the audience to feel conflicted like, “Oh my god! I thought that relationship would succeed!” And only by waiting and withholding the violence until the final scene in the movie, what people have told me and the reaction I want is people to feel revulsed and betrayed that they invested their emotion in the success of that relationship when they finally and emotionally realized the truth. That’s the journey I wanted to take; portraying deception and betrayal. With the movie I’m not portraying the biopic of a serial killer. At least that was the creative intent.

Trump and Bundy used the media to grow their fanbases in in similar ways. What do you think about that kind of mindset that manipulates people using mass communication?

Yeah, I think that’s one of the dangers of… well, one of the reasons I was so interested in telling the story is because Bundy is kinda the big bang that led to our current insatiable appetite for all things true crime. He so successfully manipulated the media and cameras were allowed into the courtroom for the first time ever. In the same way I think today, attacks on journalists, today’s attack on the truth, and the demagoguery involved are like playbooks from Bundy. Just the deny, deny, deny and tell another story until people believe you. The relationship between denial and charisma is not just a playbook from Trump or Bundy or Adolf Hitler. It’s the classic playbook. Deny and persuade.

Do you know if Bundy was getting into law school so he could do exactly what he did–speak and defend himself–or did he have an alternative path he was taking?

I think that what’s scary about Bundy, because exactly as Bundy himself says, “Killers are not guys who come out of the shadows with long teeth and blood dripping off their chins. They are three-dimensional human beings.” I think Bundy had this conflict for his need for normalcy and his ability to compartmentalize his evil acts. Part of that normalcy is that I do think he saw himself as a rising student or a rising star in Republican politics. He had this relationship with Liz. I believe he needed a sense of normalcy, but it’s that voice he called the entity, as seen in the doc, this compulsion to kill that’s inexplicable for a man who had everything going for him. So I think he was going to law school because he wanted to be a lawyer, but the compulsion to kill, that inner voice overpowered anything that put him into a frame of mind than just having a normal life and that’s what’s so fascinating to me about the entire story.

Here’s a guy, who escaped from prison not once but twice. I mean who escapes from prison once, let alone twice? And while he’s on the lam in Florida you would think he would have the presence of mind to control himself, but no just the opposite. His most vicious killings happen in Florida. He bludgeons four women at the Chi Omega House killing two, and really hurting two others, runs down the street and attacks a fifth woman leaving her for dead, but she survives as well, this horrible attack. Then a few weeks later he goes and he realizes that he’s going to snatch younger people and kills 12-year-old Kimberly Leach, which we don’t show in the movie. That just speaks to this compulsion to kill out-doing all other aspects of his personality. As to why it is that we’ll never know why, that’s the enduring lesson of Bundy. He defies all stereotypes we have that makes us feel safer about what a serial killer is supposed to be.