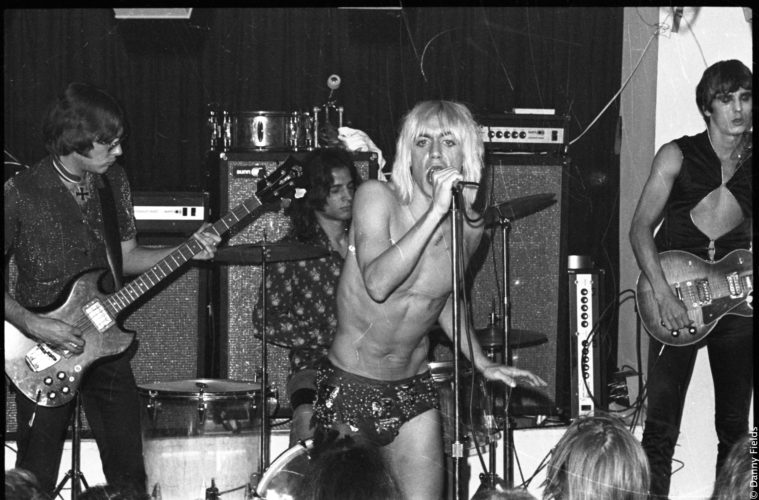 What’s better than one Jim Jarmusch movie? Two, of course. Before one of the most acclaimed films of the year, Paterson, arrives this December, the director has decided to rock out by exploring the legendary career of The Stooges with Gimme Danger. While it looks to be given the fairly standard talking head/archival footage treatment, it looks to be required viewing for fans. Ahead of an October release from Amazon Studios and Magnolia Pictures, we now have the first trailer.

We said in our review, “A huge part of The Stooges’ appeal derives from the raw intensity of their music – it’s not coincidental that their most iconic album is called Raw Power – and of Iggy’s charismatically convulsive stage performances, and both of these are insufficiently conveyed in Gimme Danger. While it’s possible that not enough footage exists of their concerts, considering it was the ’70s and commercial success largely elided them during their original existence, their songs should have been given more prominence. Instead, their use is largely limited to short extracts and background accompaniment in favor of a needlessly exhaustive – and, at nearly two hours, exhausting – factual history of the band.”

Emerging from Ann Arbor Michigan amidst a countercultural revolution, The Stooges’ powerful and aggressive style of rock-n-roll blew a crater in the musical landscape of the late 1960s. Assaulting audiences with a blend of rock, blues, R&B, and free jazz, the band planted the seeds for what would be called punk and alternative rock in the decades that followed. Jim Jarmusch’s new film GIMME DANGER chronicles the story of The Stooges, one of the greatest rock-n-roll bands of all time. GIMME DANGER presents the context of the Stooges emergence musically, culturally, politically, historically, and relates their adventures and misadventures while charting their inspirations and the reasons behind their initial commercial challenges, as well as their long-lasting legacy.