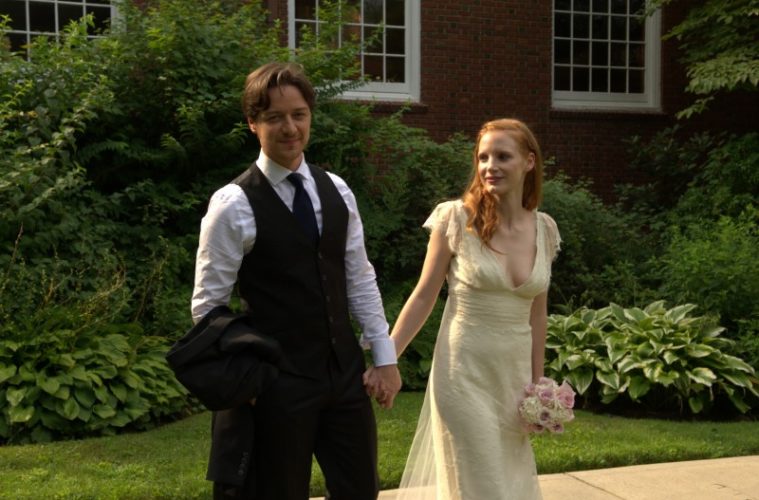 While much discussion has us looking at the current fall festival slate, we’ll also be getting a few projects that debuted last year. One of the most intriguing is The Disappearance Of Eleanor Rigby, looking at a relationship between two characters, played James McAvoy and Jessica Chastain. Directed by Ned Benson, it was confirmed some time back that we’d be getting all possible versions of the project in theaters, and now The Weinstein Company has firmed up their exact release plans.

On September 12th, The Disappearance Of Eleanor Rigby: Them, running 122 minutes and combining both of their stories in a condensed form will open in limited release and then expand nationwide a week later. Following that, The Disappearance Of Eleanor Rigby: Her/Him, running 201 minutes and featuring both feature-length versions back-to-back, will open in limited release on October 10th.

Also starring Nina Arianda, Viola Davis, Bill Hader, Ciarán Hinds, Isabelle Huppert, William Hurt, Jess Weixler, Nikki M. James, and Jeremy Shamos, a new international trailer has dropped, which is much different than the U.S. version, and perhaps a better sell. Check it out below and let us know which version you’ll seek out first in the comments.

With his unique vision, writer/director Ned Benson ambitiously captures a complete picture of a relationship in the beautifully relatable portrait of love, empathy and truth that is THE DISAPPEARANCE OF ELEANOR RIGBY. Once happily married, Conor (McAvoy) and Eleanor (Chastain) suddenly find themselves as strangers longing to understand each other in the wake of tragedy. The film explores the couple’s story as they try to reclaim the life and love they once knew and pick up the pieces of a past that may be too far gone. Screened for the first time at the 2014 Cannes Film Festival, Benson’s latest version of their story combines his previous two films – titled HIM and HER – uniting their perspectives and taking a further look into the subjectivity of relationships. Which version will you seek out?