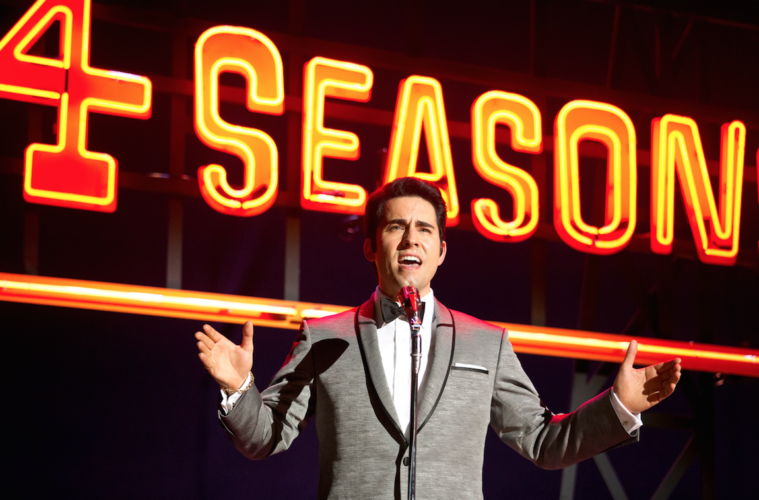 While he usually cranks out a film at least every year or two, Clint Eastwood dedicated some time to star in Trouble With the Curve, which means he’s taken his longest break away from directing in over three decades. Three years since J. Edgar, he’s now returned with his next film, all while he’s off shooting American Sniper with Bradley Cooper.

Marking his first entry into the summer season since 2002’s Blood Work, Jersey Boys tracks the 1960’s rock ‘n roll group The Four Seasons, with John Lloyd Young as Frankie Valli, Erich Bergen as Bob Gaudio, Vincent Piazza as Tommy DeVito, and Michael Lomenda as Nick Massi. Ahead of a June release, the first trailer and poster for the adaptation of the Tony winner has now landed, and can be seen below, along with some new stills.

The film tells the story of four young men from the wrong side of the tracks in New Jersey who came together to form the iconic 1960s rock group The Four Seasons. The story of their trials and triumphs are accompanied by the songs that influenced a generation, including “Sherry,” “Big Girls Don’t Cry,” “Walk Like a Man,” “Dawn,” “Rag Doll,” “Bye Bye Baby,” “Who Loves You,” and many more.