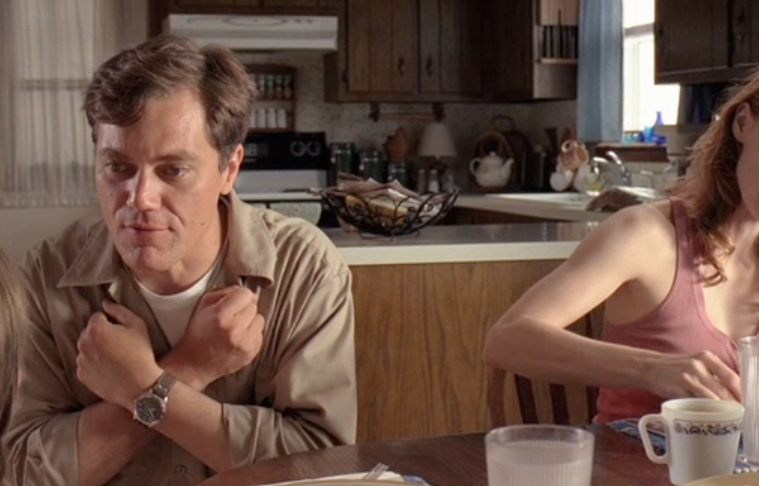 One of my favorite films at Sundance Film Festival this year was Jeff Nichols‘ Take Shelter. The Austin-based director re-teamed with his Shotgun Stories actor Michael Shannon for the psychological/apocalyptic drama. Also starring The Tree of Life‘s Jessica Chastain it is a stirring, gripping tale featuring two of the best performances of the year thus far (full review here). The Cannes Film Festival agreed, awarding it the Critics Prize last week. The first trailer has arrived via Yahoo and it does a perfect job at encapsulating what I love about the film. The building sense of dread is apparent and runs through every fiber. Check it out below.

Curtis LaForche lives in a small Ohio town with his wife Samantha and six-year-old daughter Hannah, who is deaf. Curtis makes a modest living as a crew chief for a sand-mining company. Samantha is a stay-at-home mother and part-time seamstress who supplements their income by selling handmade wares at the flea market each weekend. Money is tight, and navigating Hannah’s healthcare and special needs education is a constant struggle. Despite that, Curtis and Samantha are very much in love and their family is a happy one.

Then Curtis begins having terrifying dreams about an encroaching, apocalyptic storm. He chooses to keep the disturbance to himself, channeling his anxiety into the obsessive building of a storm shelter in their backyard. His seemingly inexplicable behavior concerns and confounds Samantha, and provokes intolerance among co-workers, friends and neighbors. But the resulting strain on his marriage and tension within the community doesn’t compare to Curtis’ private fear of what his dreams may truly signify.

Faced with the proposition that his disturbing visions signal disaster of one kind or another, Curtis confides in Samantha, testing the power of their bond against the highest possible stakes.