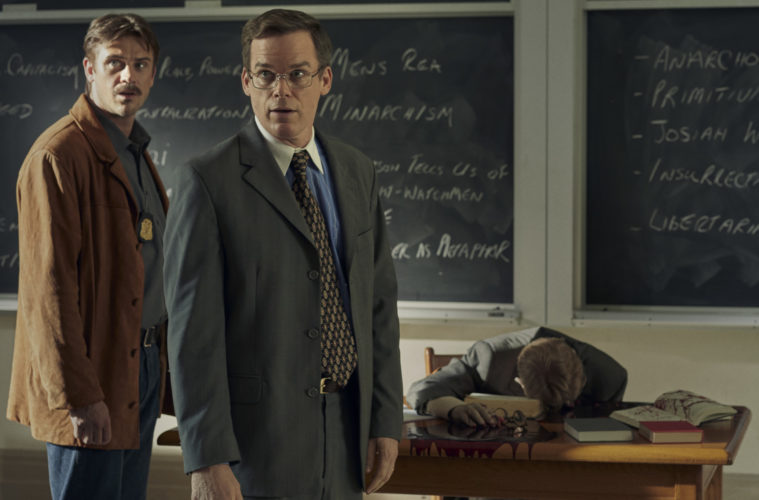 With his last film being released in 2014, we’ve been waiting some time for Jim Mickle to return after Cold in July and now he’s back, reteaming with Michael C. Hall. Set for a Fantastic Fest debut and Netflix release next week, In the Shadow of the Moon follows a police offer (Boyd Holbrook) on his way to becoming a detective as he tracks down a serial killer only to learn reality is now what it seems.

Ahead of the premiere, Netflix has debuted the first trailer, which shows the investigation into the grisly murders and teases the fantasy twist. There looks to be no shortage of twists and turns as Mickle seems to be taking on a Se7en-meets-Shyamalan vibe. Hopefully good things are in store, and we’ll find out quite soon. See the trailer and poster below.

In 1988, Philadelphia police officer Thomas Lockhart (Boyd Holbrook), hungry to become a detective, begins tracking a serial killer who mysteriously resurfaces every nine years. But when the killer’s crimes begin to defy all scientific explanation, Locke’s obsession with finding the truth threatens to destroy his career, his family, and possibly his sanity. Directed by Jim Mickle and also starring Michael C. Hall and Cleopatra Coleman, IN THE SHADOW OF THE MOON is a genre-blending psychological thriller that examines the power of time, and how its passing can either bring us together or tear us apart. In the Shadow of the Moon premieres at Fantastic Fest and hits Netflix on September 27.