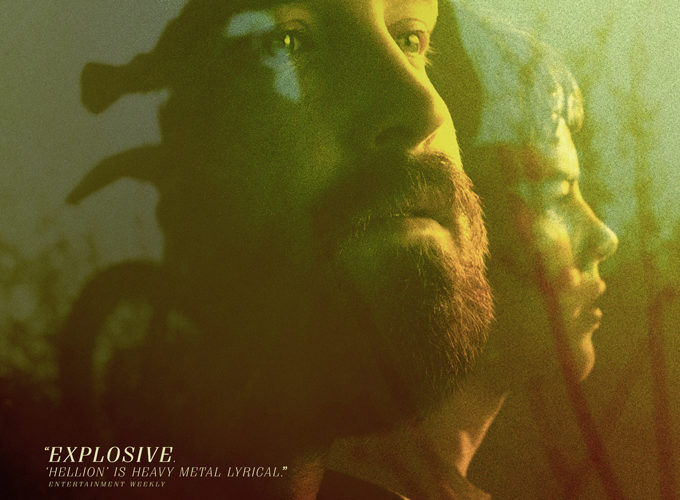 One of our 40 must-see films of the summer, we’ll just pretend Kat Candler’s Hellion is Aaron Paul‘s first post-Breaking Bad role, discounting a certain blockbuster that crashed and burned earlier this year. Premiering at Sundance Film Festival this year, the drama follows the actor playing a single father who is struggling to put the pieces of his life together while raising two sons.

The first trailer and poster have now landed today ahead of a release next month, which sets up a complex performance from Paul, but also the emergence of a break-out talent with Josh Wiggins. With a cast also including Juliette Lewis, Josh Wiggins, Deke Garner, Jonny Mars, and Walt Roberts, check out the trailer and poster below.

Breaking Bad’s Aaron Paul stars in this riveting drama about a family under siege. Hard-drinking Texas single dad Hollis (Paul) struggles to raise his two boys, including rebellious teenager Jacob (first-time actor Josh Wiggins in a stunning breakthrough performance). Seething with anger, Jacob finds release in the high-risk, white-knuckle world of motocross—but his increasingly reckless behavior threatens to spin out of control. Academy Award nominee Juliette Lewis co-stars in this thrilling saga of fathers and sons that builds towards a heart-stopping climax, all set to an electrifying heavy metal soundtrack.