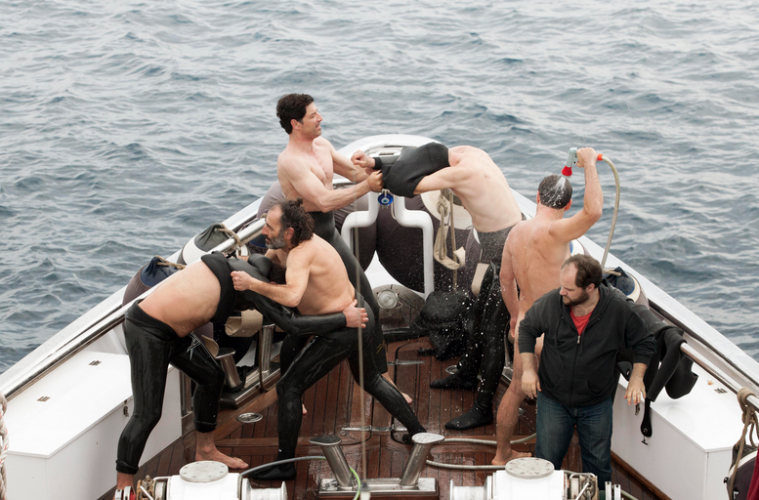 Head to the Sea In First Trailer For ‘Chevalier,’ From the Director of ‘Attenberg’ After producing one of the finest films of the century thus far, Yorgos Lanthimos‘ Dogtooth, writer-director Athina Rachel Tsangari garnered some deserved attention for a similar brand of strange with Attenberg, which premiered at Venice Film Festival back in 2010. Five years later after a few shorts and TV projects, she’s returned with her next feature, Chevalier.

Set to premiere this week at Locarno Film Festival, the first beguiling and compelling teaser has arrived, which reveals a bit of the story following a group of men at sea who attempt to one-up each other in various, increasingly dangerous games. Starring Yorgos Kentros, Panos Koronis, Vangelis Mourikis, Makis Papadimitriou, Yorgos Pirpassopoulos, Sakis Rouvas, Yiannis Drakopoulos, Nikos Orfanos, and Kostas Philippoglou, check out the trailer below with a hat tip to Indiewire.

In the middle of the Aegean Sea, six men left for a fishing trip on a luxury yacht decide to play a game In this game, a comparison of things.. Will be measured. We will massacre songs and practiced blood tests. Friends become rivals and rivalry become voracity. But at the end of the trip, when the party is over, the winner will be the best. And he will wear the ring finger of victory: the Knight.