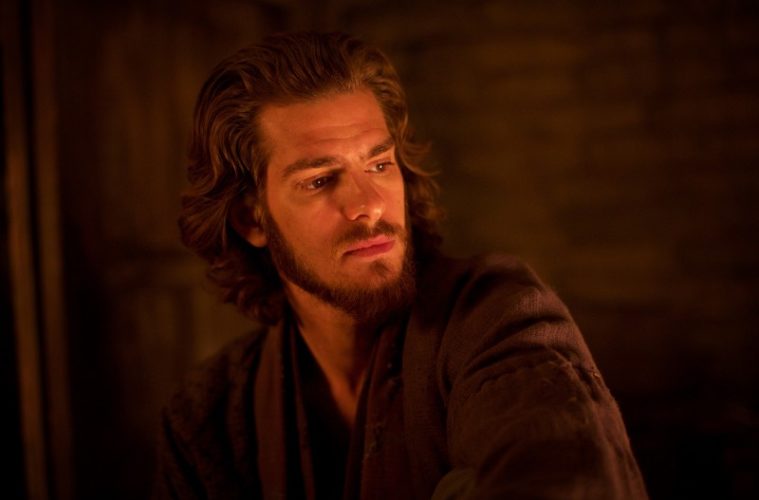 One of our favorite films of last year, Martin Scorsese‘s profound drama Silence, arrives on Blu-ray this week. We’ve teamed with Paramount to give away two copies to our readers. See how to enter below and all entries must be received by 11:59 PM EST on Sunday, April 2nd.

What's your favorite performance in a Martin Scorsese film? Reply for a chance to win #Silence on Blu-ray. See more ways to enter at the link in bio.

A 28-year passion project that reinforces Scorsese’s place in the pantheon of great directors, SILENCE tells the story of two Christian missionaries (Adam Driver and Andrew Garfield) who travel to Japan in search of their missing mentor (Liam Neeson) at a time when Christianity was outlawed. When they are captured and imprisoned, both men are plunged into an odyssey that will test their faith, challenge their sanity and, perhaps, risk their very lives. Called “essential filmmaking from a modern master” (Peter Travers, Rolling Stone), SILENCE is “a film for the ages” (Glenn Whipp, Los Angeles Times).

The SILENCE Blu-ray Combo Pack includes “Martin Scorsese’s Journey into Silence,” an in-depth exploration of the director’s quest to make this extraordinary film, which is packed with in-depth interviews and behind the scenes footage. In addition, the film’s stars, Andrew Garfield, Liam Neeson and Adam Driver, discuss how they prepared for their roles, as well as their favorite moments on set.

Silence is now available on Blu-ray/DVD.