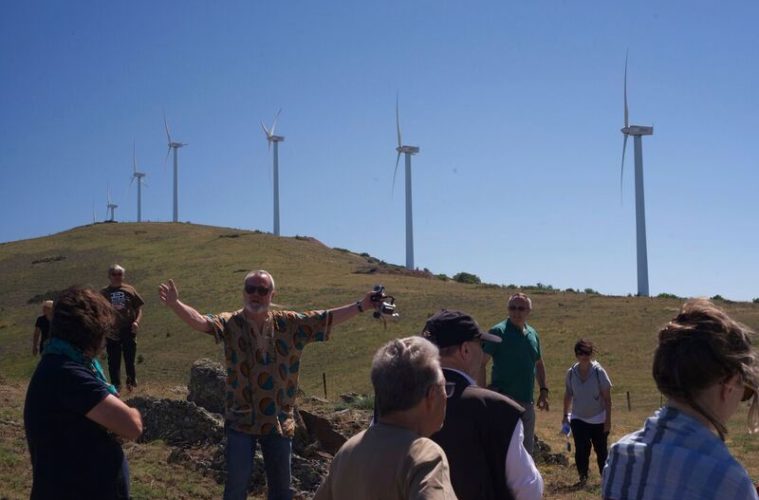 That one behind-the-scenes photo was just the beginning… of more behind-the-scenes photos. Production on Terry Gilliam‘s The Man Who Killed Don Quixote has entered its early days: while principal photography won’t commence until October 4 (so says Screen Daily), the director is location-scouting throughout Madrid and Portugal, and (thanks to Indiewire) evidence of his exploits can be found above and below. Let the choice of top image immediately tell you which one I get the most pleasure from.

As you probably know by now, The Man Who Killed Don Quixote concerns Toby Grisoni (Adam Driver), a 21st-century man brought back to the time and place of Miguel de Cervantes’ text and the presence of Don Quixote (Michael Palin), who mistakes him for Sancho Panza.

If these set photos are any indication, many a beautiful place will background their adventures. After you watch Gilliam’s Cannes presentation, have a look at them below (more are at the above link):