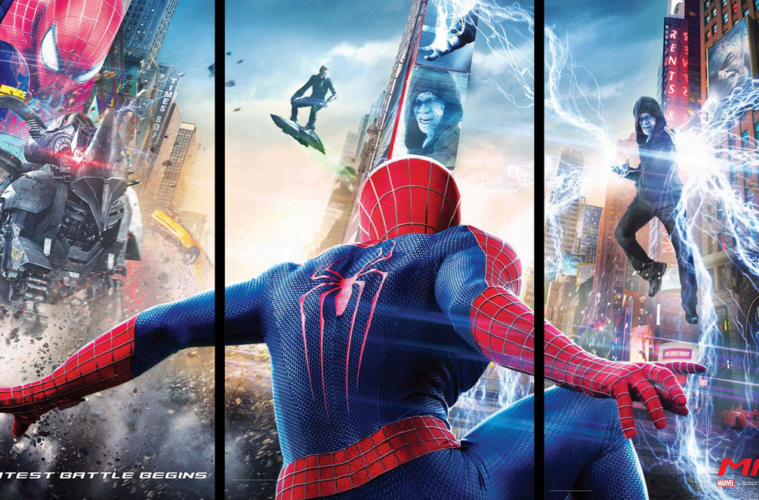 First Trailer for ‘The Amazing Spider-Man 2’ Swings In Making one of the biggest directorial leaps in recent years, helmer Marc Webb, coming off of his Sundance break-out hit 500 Days of Summer, was recruited by Sony to give Spider-Man a reboot. Led by Andrew Garfield, the film packed some welcome, believable chemistry between our star and Emma Stone, but much of it felt like a bland, unnecessary retread. Considering it made a bucket of money, however, Sony is at it again with not only a second film from Webb, but plans for a third, fourth, and possible spin-offs.

Hoping to copy Marvel’s massive success with the intertwined Avengers universe, The Amazing Spider-Man 2 is going for the bigger is better approach, packing more villains and subplots to carry on through the multiple films. Today brings our first trailer for the project and although it’s hard to work up much anticipation for this summer 2014 tentpole, we’re hoping it Sony doesn’t make the same mistake twice (i.e. Spider-Man 3 redux). Check it out below, along with the first poster, for the film starring Garfield, Stone, Jamie Foxx, Dane DeHaan, Paul Giamatti, and more. We’ve always known that Spider-Man’s most important battle has been within himself: the struggle between the ordinary obligations of Peter Parker and the extraordinary responsibilities of Spider-Man. But in The Spider-Man 2, Peter Parker finds that a greater conflict lies ahead.Amazing

It’s great to be Spider-Man (Andrew Garfield). For Peter Parker, there’s no feeling quite like swinging between skyscrapers, embracing being the hero, and spending time with Gwen (Emma Stone). But being Spider-Man comes at a price: only Spider-Man can protect his fellow New Yorkers from the formidable villains that threaten the city. With the emergence of Electro (Jamie Foxx), Peter must confront a foe far more powerful than he. And as his old friend, Harry Osborn (Dane DeHaan), returns, Peter comes to realize that all of his enemies have one thing in common: OsCorp.