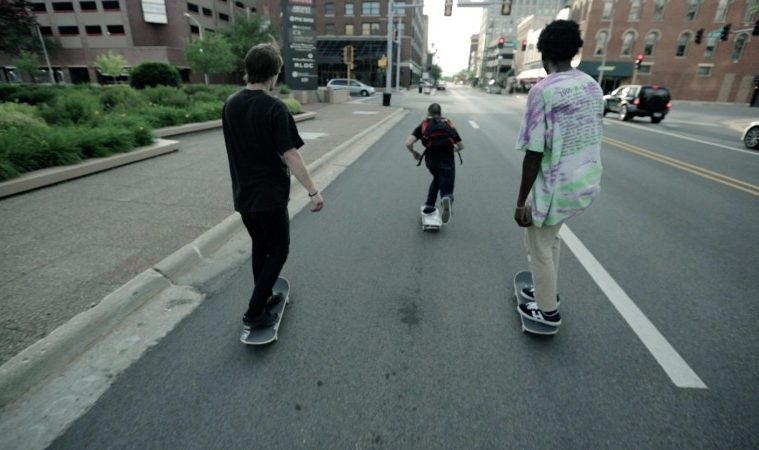 Following our poster premiere, the first trailer has now arrived for 2018’s best documentary thus far, Minding the Gap. A world premiere at the 2018 Sundance Film Festival, where it picked up the Special Jury Award for Breakthrough Filmmaking, Bing Liu’s emotional documentary follows a trio of childhood friends–now grown-up–as they enjoy their mutual love for skateboarding and reckon with past trauma. Hulu and Magnolia Pictures are teaming up for a release on August 17, and the first trailer is a beautiful encapsulation of what makes this documentary so special.

John Fink said in his review, “What makes Minding the Gap so powerful and intimate is the presence of Liu, who uses his past connections to dive into his own family experience, confronting his mother and brother as the filmmaker breaks the third wall, revealing why he’s returned and documenting the process of healing. Setting itself apart from other rough and ready documentaries about lost youth coming into their own, the creative forces behind the lens slowly immerse us in the drama that happens once everyone leaves the skate park. A tour de force of documentary filmmaking, Minding the Gap is a lively, often beautifully shot film about a pit of hopelessness–from dead-end jobs to drunken arguments to bad decisions. This is modern day John Cassavetes with tattoos and punk music.”

Welcome to Rockford, Illinois, in the heart of Rust-Belt America, home to debut filmmaker Bing Liu. With over 12 years of footage, Bing discovers connections between two of his skateboarder friends’ volatile upbringings and the complexities of modern-day masculinity. As the film unfolds, Bing captures 23-year-old Zack’s tumultuous relationship with his girlfriend deteriorate after the birth of their son and 17-year-old Keire struggling with his racial identity as he faces new responsibilities following the death of his father. While navigating a difficult relationship between his camera and his friends, Bing weaves a story of generational forgiveness while exploring the precarious gap between childhood and adulthood.

Minding the Gap opens on August 17.