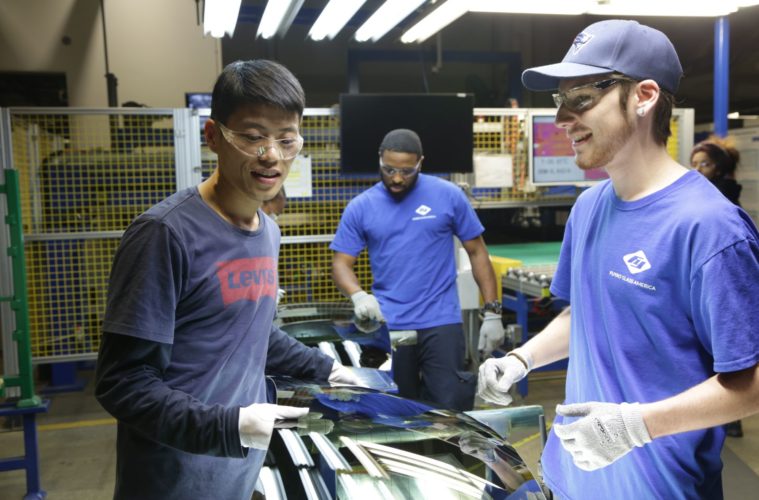 Netflix has just released the trailer for their acclaimed documentary American Factory, one of the best reviewed films at this year’s Sundance Film Festival, while also taking home the Directing Award in its category.

Directed by Academy Award-nominated filmmakers Julia Reichert and Steven Bognar (The Last Truck: Closing of a GM Plant), the documentary builds on their previous short and follows the story of an automotive plant in Ohio that is shut down only to be bought by Chinese billionaire, who reopens the factory, hiring 2,000 American factory workers in the process.

However, conflict arises when the two cultures clash, as the American workforce struggles to keep up to Chinese demands, laying bare the different approaches to business practices, as the American workers consider unionizing only to be rebuffed by the CEO, leading to thousands of employee turnovers and a number of workplace injuries.

Our own Jordan Raup loved the film, writing in his review, “ The way the directors are able to provide a portrait of empathy on all sides is astounding … American Factory shows how immensely our definition of the American Dream can be altered as we face an increasingly global economy.”

Backed by the Obamas’ new company Higher Ground Productions, Netflix is releasing the film in select theaters, presumably as an Oscar qualifying run, and on streaming August 21st. Check out the trailer below.