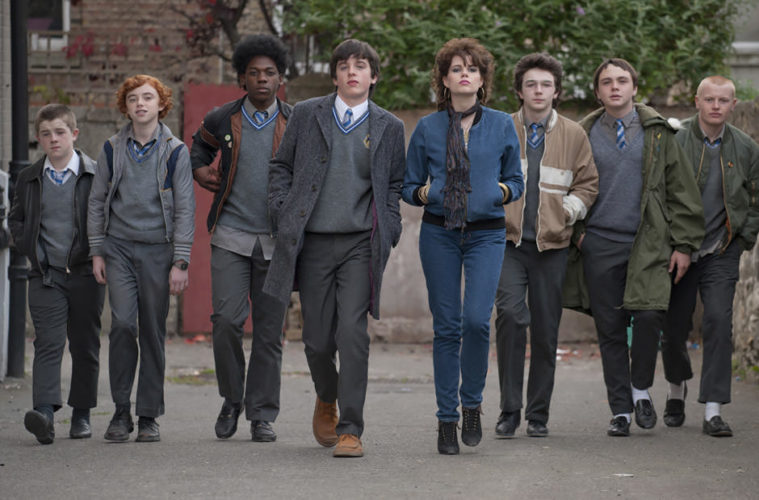 After breaking out with the lovely, Oscar-winning Once, director John Carney found his Hollywood feature with Begin Again. Still keeping a relatively small scale, the drama, starring Mark Ruffalo and Keira Knightley, wasn’t as well-received as his break-out, but still managed to rack up over $60 million worldwide. This year, he’s returning to his roots with a musical titled Sing Street, set to premiere at Sundance next weekend.

Today brings the first trailer for The Weinstein Company release, which follows a group of kids in 1980s Dublin that attempt to be part of the music scene. Hopefully a return to more tender drama Carney once displayed, this could be one to see at the festival. Starring Ferdia Walsh-Peelo, Lucy Boynton, Jack Reynor, Aidan Gillen, Mark McKenna, and more, check out the trailer below.

SING STREET takes us back to 1980s Dublin from the eyes of a 14-year-old boy named Conor (Walsh-Peelo) who is looking for a break from his home strained by his parents’ relationship and money troubles, while trying to adjust to his new inner-city public school where the kids are rough and the teachers are rougher. He finds a glimmer of hope in the mysterious, über-cool, and beautiful Raphina (Boynton), and with the aim of winning her heart he invites her to star in his band’s music videos. There’s only one problem, he’s not part of a band… yet.

She agrees, and now Conor must deliver what he’s promised – calling himself “Cosmo” and immersing himself in the vibrant rock music trends of the ‘80s, he forms a band with a few lads, and the group pours their hearts into writing lyrics and shooting videos.

Inspired by writer/director John Carney’s (ONCE, BEGIN AGAIN) life and love for music, SING STREET shows us a world where music has the power to take us away from the turmoil of everyday life and transform us into something greater.

Sing Street premieres on January 24th at Sundance and will be released by The Weinstein Company later this year.