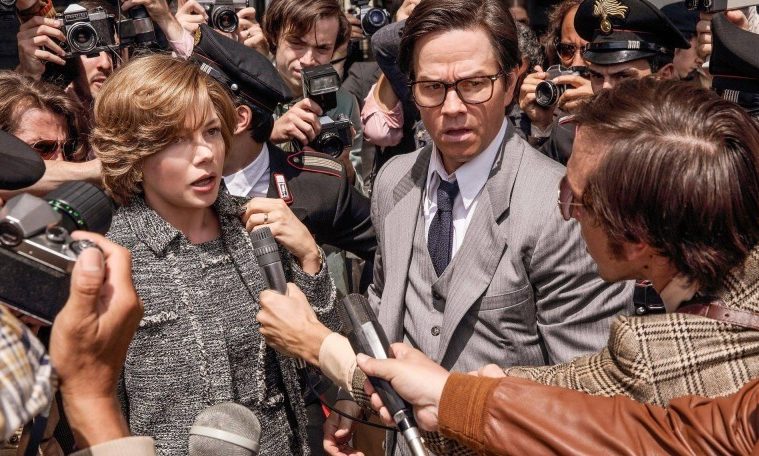 After dividing audiences with Alien: Covenant, director Ridley Scott has one more movie up his sleeve for 2017. Scott’s latest, All the Money in the World, focuses on the true story of the kidnapping of teenager John Paul Getty III. Getty III was the grandson of billionaire J. Paul Getty, the founder of Getty Oil and one of the world’s richest men.

After the kidnapping, J. Paul Getty made headlines by refusing to pay the ransom money for his grandson, claiming that if he gave in to the kidnapper’s demands he would be placing his other fourteen grandchildren at risk of copycat kidnappers. That might’ve been true, but there’s a pretty good chance he was just a greedy old man who didn’t want to fork over the dough.

In All the Money in the World, Kevin Spacey, buried under some Halloween makeup, plays J. Paul Getty, while Michelle Williams plays the distraught mother of the kidnapped teen. Mark Wahlberg plays an associate of the elder Getty who teams-up with Williams’ character to help deal with the kidnappers.

You can watch a trailer for the film below.

ALL THE MONEY IN THE WORLD follows the kidnapping of 16-year-old John Paul Getty III (Charlie Plummer) and the desperate attempt by his devoted mother Gail (Michelle Williams) to convince his billionaire grandfather (Kevin Spacey) to pay the ransom. When Getty Sr. refuses, Gail attempts to sway him as her son’s captors become increasingly volatile and brutal. With her son’s life in the balance, Gail and Getty’s advisor (Mark Wahlberg) become unlikely allies in the race against time that ultimately reveals the true and lasting value of love over money.

All the Money in the World will hit theaters December 8, 2017.