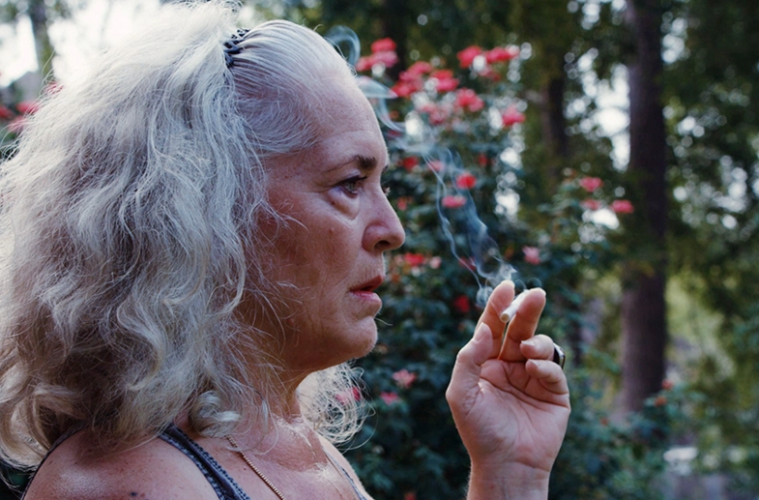 Despite winning both the Grand Jury and Audience Awards at this year’s SXSW and making an appearance at Cannes, Trey Edward Shults’ debut feature, Krisha, didn’t seem to pick up the same buzz as most festival darlings this year. But with the news that A24 is distributing, and this first stunning trailer, it should become visible to a far greater audience.

Driven by a universally acclaimed performance by Krisha Fairchild, Krisha is the story of a woman who’s been absent from her family for more than ten years, but returns for Thanksgiving dinner to love, but also deep-rooted demons. The trailer is coy about the specifics of her past, but judging from statements like “I have tried to become a better human being,” she left deep destruction in her wake.

With its tight-knit sense of family and spiritual naturalism, it’s tempting to call the trailer’s visual aesthetic Malick-esque, but Krisha’s narrative sensibilities simultaneously seem both more grounded and emotionally fraught, especially in the latter half of the trailer which sits at a constant boiling point.

Combined with the clanging soundtrack and the hallucinogenic switching of aspect ratios — there’s at least three changes — this trailer has an almost Darren Aronofsky vibe by the end. There are promising glimpses of both a talented storyteller and director here, especially in the way the compositions place characters in close proximity, but are still framed in a distant context. Check out the excellent trailer and poster below.

When Krisha shows up at her sister’s Texas home on Thanksgiving morning, her close and extended family greet her with a mixture of warmth and wariness. Almost immediately, a palpable unease permeates the air, one which only grows in force as Krisha gets to work cooking the turkey and trying to make up for lost time by catching up with her various relatives, chief among them her nephew, Trey. As Krisha’s attempts at reconciliation become increasingly rebuffed, tension and suspicion reach their peak, with long-buried secrets and deep-seated resentments coming to the fore as everyone becomes immersed in an emotionally charged familial reckoning.