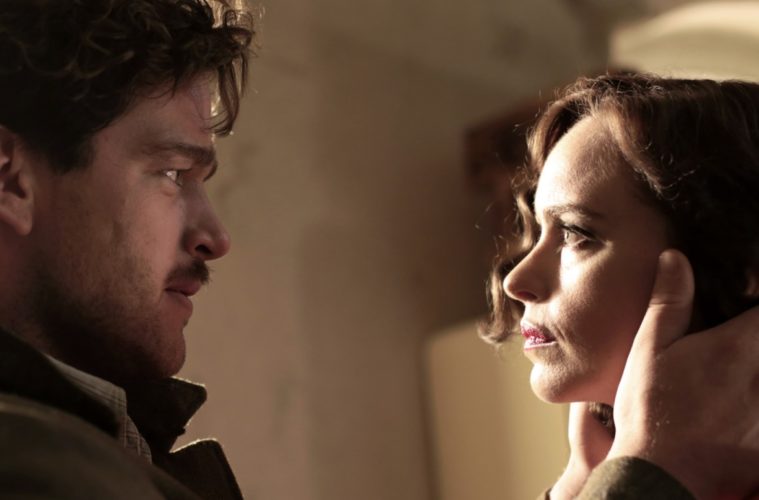 While she can currently be seen alongside Philip Seymour Hoffman in Anton Corbijn‘s A Most Wanted Man, Nina Hoss has reteamed with Barbara director Christian Petzold for a new drama. One of our most-anticipated of the year, Phoenix follows the actress as a concentration-camp survivor who searches ravaged postwar Berlin for the husband who might have betrayed her to the Nazis.

The first trailer, along with a batch of new stills and a poster, have arrived for the film that’s set to premiere at Toronto International Film Festival next month. While there’s no subtitles yet, it looks to be another intense work from Petzold. Check out the preview below for the film also starring Ronald Zehrfeld and Nina Kunzendorf.

Nelly Lenz is a concentration camp survivor who has been left severely injured with a disfigured face. Lene Winter, who works for the Jewish Agency, takes her to Berlin. Following facial re- construction surgery, Nelly begins the search for her husband Johnny.

When she finally does find him, Johnny does not recognise her. Nevertheless he approaches her with a proposal. Since she resembles his wife, whom he believes to be dead, he asks her to help him claim his wife’s considerable inheritance. Nelly agrees, and becomes her own doppelganger – she needs to know if Johnny ever loved her, or if he betrayed her. Nelly wants her life back.

The more similarities to her dead counterpart she reveals, the more desperate and confusing their relationship becomes. Will Johnny confess his love? Or his guilt? Phoenix will premiere at TIFF and hit German theaters in September.