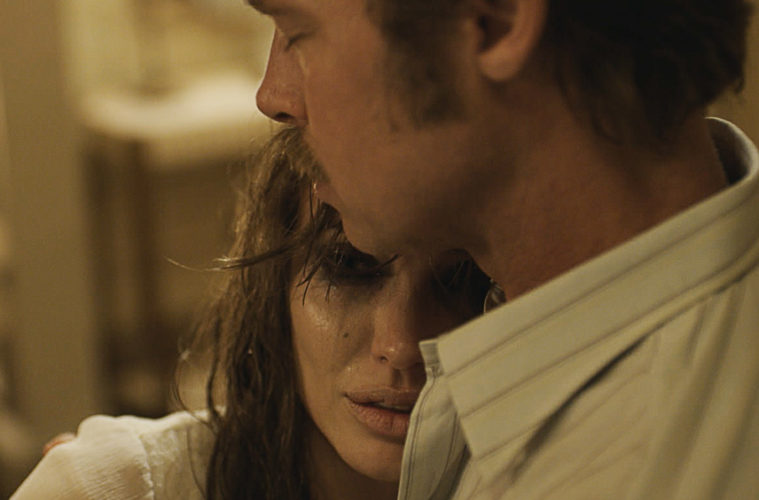 After taking on a fairly major budget with Unbroken last year, Angelina Jolie quickly followed it up with the intimate drama By the Sea. Co-starring alongside her husband, Brad Pitt, Jolie also scripted the feature, which follows them as a couple on a getaway in 1970’s France. The story specifically finds Jolie as Vanessa, a former dancer and Pitt as Roland, a writer, both entangled in a crumbling marriage as they find rejuvenation after coming across a quiet, seaside village.

“I chose to set By the Sea in the 1970s, not only because it is a colorful and alluring era, but because it removes many of the distractions of contemporary life and allows the focus to remain squarely on the emotions that the characters experience in their journey,” Jolie said last year.

The first brief trailer has now arrived, with images coming from cinematographer Christian Berger, a longtime Michael Haneke collaborator. As the couple’s spin on Eyes Wide Shut meets L’avventura, it looks like a step up from Jolie’s last film with far more interesting material. Check it out below ahead of a November release.

By the Sea follows an American writer named Roland (Pitt) and his wife, Vanessa (Jolie Pitt), who arrive in a tranquil and picturesque seaside resort in 1970s France, their marriage in apparent crisis. As they spend time with fellow travelers, including young newlyweds Lea (Laurent) and François (Poupaud) and village locals Michel (Arestrup) and Patrice (Bohringer), the couple begins to come to terms with unresolved issues in their own lives.