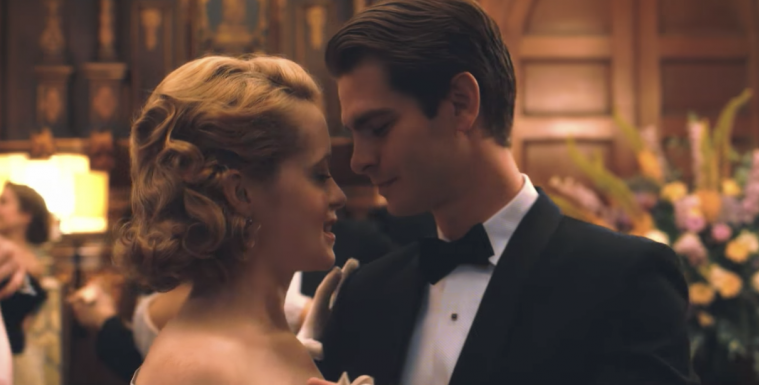 After starring in two historical dramas last fall, Andrew Garfield is back with another this year. Breathe, which is being billed as the directorial debut of Andy Serkis (although he shot WB’s Jungle Book reboot, which was pushed back to 2018 to give distance from Disney’s hit), follows the Silence star as Robin Cavendish, who was afflicted with polio buts fights the odds to live a full life. Ahead of a a fall release and opening at the BFI London Film Festival, Bleecker Street has now released the first trailer.

“We are proud to be opening the 61st BFI London Film Festival with a film that is a beacon for remarkable British talent: the directorial debut of Andy Serkis, compelling performances from a stellar cast led by Andrew Garfield and Claire Foy, and a story of universal resonance that is also deeply personal for producer Jonathan Cavendish. Breathe is not only an inspirational love story, it is also a film about two truly indomitable spirits who defy the odds and the sceptics to pave the way for change,” says Clare Stewart, BFI London Film Festival Director.

Check out the trailer below, along with a U.K. poster, for the film also starring Claire Foy, Tom Hollander, and Hugh Bonneville.

For his directorial debut, Andy Serkis brings to life the inspiring true love story between Robin and Diana Cavendish (Andrew Garfield, Claire Foy), an adventurous couple who refuse to give up in the face of a devastating disease. When Robin is struck down by polio at the age of 28, he is confined to a hospital bed and given only a few months to live. With the help of Diana’s twin brothers (Tom Hollander) and the groundbreaking ideas of inventor Teddy Hall (Hugh Bonneville), Robin and Diana dare to escape the hospital ward to seek out a full and passionate life together — raising their young son, traveling and devoting their lives to helping other polio patients. Written by two-time Academy Award nominated writer William Nicholson, and shot by three-time Academy Award winner Robert Richardson, BREATHE is a heartwarming celebration of love and human possibility.