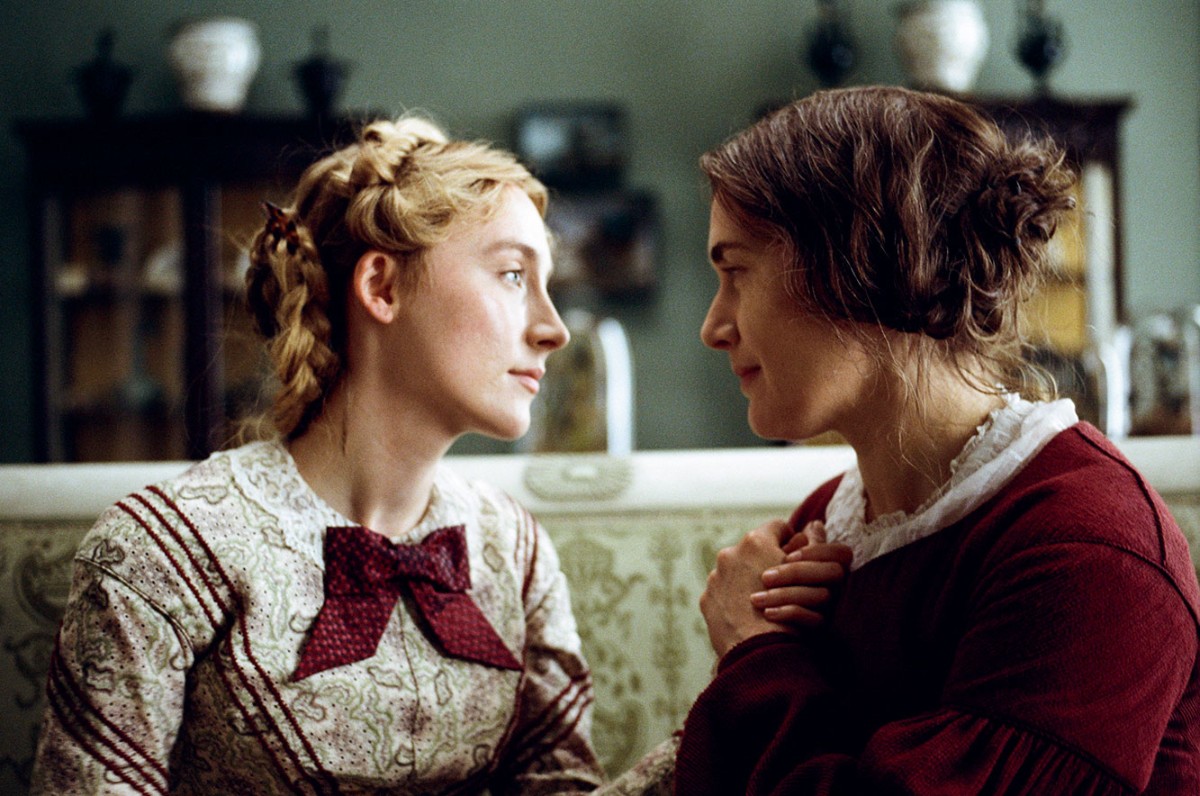 Calling a Kate Winslet performance career-best is no easy statement, but her turn as 19th-century English paleontologist Mary Anning in Ammonite is certainly in consideration. Few writer-directors trust their actors to do so much with so little dialogue as Francis Lee. Like Josh O’Connor’s Johnny in Lee’s debut, God’s Own Country, Mary is inward and stoic; we learn about her through her work rather than through her words. The opening scenes of Ammonite are Mary on the beaches of Lyme, scratching mud off of stones, then hitching up her skirt to climb a rock face, her face set but warming slightly at the sight of a challenge.

Lee quickly establishes that—more than anything else, including the romance that will follow—Mary’s work is her whole world. Paleontology is a skill she’s possessed and adored since childhood. As in the film, the real-life Mary Anning was a pioneer in her field, but she was never properly financially compensated for her work, so she lived her life barely scraping by. Lee’s film uncovers Anning’s legacy. He uses a speculative love story (Saoirse Ronan’s character, Charlotte, was a real woman but there was no documented love affair between the two) as a device to reveal the warmth beneath Mary’s hard shell. But ultimately, he suggests that—in an world that forces her to choose—Mary’s love for her work was stronger than her desire for companionship or financial stability.

History forgot Mary because she was poor and female, and Lee’s film is an act of excavation, but he never over-signals Mary’s importance with pat speechmaking or contrived exposition. Rather, we understand how respected she is by the way that men in her field treat her with reverence, and how she barely gives them the time of day. Rich paleontology hobbyist Roderick (James McArdle) acts like a kid in a candy store in Mary’s small, dusty office; she barely looks up from her work at him. We know this isn’t because Roderick is any sort of OG male feminist: he has little in the way of care and attention for his wife, Charlotte (Ronan), who is still grieving the loss of their child. But Mary’s skill is so undeniable that it grants her social power that those of her gender and class aren’t typical afforded.

Ammonite is far more concerned with Mary’s complex relationships with women than men, whom she has little regard for. Gemma Jones plays Mary’s crotchety mother who mostly berates or glares at Mary, when they speak at all, but there’s a warmth in the silences between them that reveals the strength and longevity of their relationship. Fiona Shaw is a scene stealer—she plays Elizabeth, Mary’s ex-lover, a fact that’s never stated but instantly implied the moment they’re first on screen together. Elizabeth’s face instantly warms at the sight of Mary, her voice soft, caring, and concerned; Mary shrinks and looks away, suddenly seeming so small. It’s a moment that beautifully illustrates both actors’ ability to imply the entire history of a relationship in just a few gestures, and Lee’s confidence to let them do so.

The centerpiece of Ammonite is Mary’s romance with Charlotte. Roderick leaves Charlotte behind in Lyme while he travels, so that the sea air can aid her “melancholia.” Mary begrudgingly agrees to let Charlotte accompany her in her daily fossil hunting, only because Roderick promises healthy compensation. The beginnings of their relationship play out almost silently, with entire scenes consisting only of charged looks and no words. It’s significant that a scene in which the two of them use their combined strength to shift a large fossil is also the first time Mary truly smiles in the film, and it sparks the first time they have sex. Mary and Charlotte’s romance is built on a backbone of intellectual and physical collaboration.

Ammonite received a somewhat lukewarm reception at TIFF, and I wonder if it’s partly because British period pieces are rarely this down in the mud. Mary has no frocks and ballgowns; she wears one dress throughout the entire film, and costume designer Michael O’Connor ensures we feel that wear by making it tattered, torn, and dirty. The incredible sound design by Johnnie Burns highlights the intimate sounds of Mary’s hands in the mud, scraping against rocks, and caressing Charlotte’s skin. Stéphane Fontaine’s cinematography isn’t showy or overly romantic—there’s none of Nomadland’s majestic, magic hour vistas—but it’s still a sight to behold. It’s authentic, textural details like this that make the film so tactile. Ammonite will make you feel as if you’re right there in Lyme with Mary, sharing her loneliness and delighting in the small moments of joy she allows herself, all the while breathing in the crisp sea air.