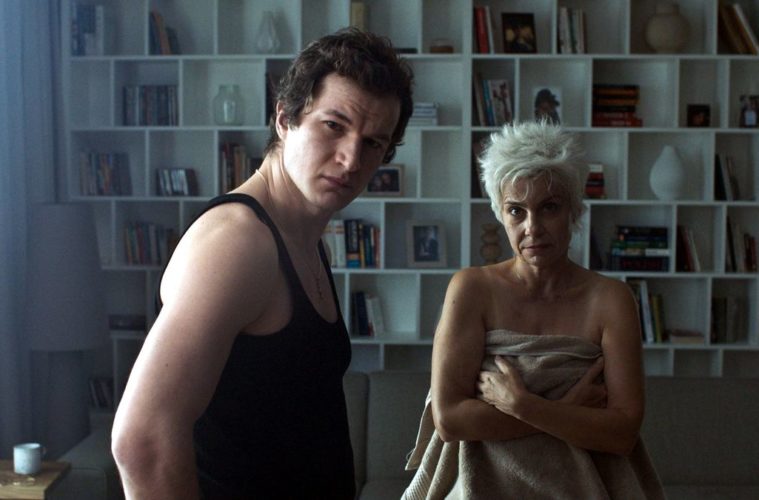 The lives of the bourgeoisie aren’t as perfect as they seem, says Małgorzata Szumowska and Michal Englert’s Never Gonna Snow Again, the Polish submission to the Academy Award for Best International Feature. If you’ve seen any of the thousands upon thousands of films about suburban angst, you might be asking, OK… and? The Other Lamb director and her longtime cinematographer Englert, who now shares a directing credit, try their best to add something to that conversation, but they’re more successful at contributing beautiful new images than new ideas.

The captivating center of Never Gonna Snow Again is Alec Utgoff as Zhenia, a Ukranian immigrant in Poland who works as a masseuse for the inhabitants of a wealthy gated community. Zhenia is a quiet enigma and a grand yet gentle physical presence—all the better for the people of the community to project onto him. They chat incessantly about their problems, annoyances, and occasionally their distaste for immigrants while Zhenia dutifully massages their joints and keeps his expression passive. Utgoff bears a striking resemblance to Patrick Swayze in his features, his charisma, the grace of his movements, and also his skill at dancing, which is the centerpiece of some of the film’s best scenes.

But Zhenia is just that: an enigma, a cipher, a canvas on which his clients, the filmmakers, and the audience can project their own ideas and anxieties. Never Gonna Snow Again is a film in which people are mostly just stand-ins for ideas and those ideas aren’t particularly well defined. Zhenia’s tendency to remain quiet and keep his feelings to himself means it’s hard to grasp onto anything about his character, even though Utgoff does his best to make him interesting. His lack of defining characteristics becomes his character; the only possession he carries around is a small briefcase which turns out to be an unfoldable massage table, as if Zhenia is just his job and nothing more.

His clients aren’t much better drawn. Zhenia drifts in and out of their lives in short vignettes. These vignettes are often darkly comic but always convey a sense of underlying sadness in the client’s life as they deal with their worries, from bratty kids to cancer. That’s why they’re desperate to believe that Zhenia’s hands contain healing powers beyond their ability to relax a shoulder muscle. But Szumowska and Englert falter when they try to meaningfully connect the clients’ malaise to grander ideas—like the slow destruction of the planet through global warming (hence the film’s title).

Where they excel is in the film’s chilling and thrilling visuals, lensed by Englert. A night time scene early on, in which Zhenia moves ghost-like through a desolate urban landscape, deftly establishes an eerie and alienating tone. The camera stays locked down in a series of wide shots as Zhenia walks at a measured pace down paths and passageways. The color in this scene, as in a lot of the film, is dark and cold. Harsh streetlamps create pools of light amidst the frighteningly pitch-black night, resembling a horror movie. When Zhenia rides a glass elevator, the machine appears to be something out of science-fiction, because of how brightly lit it is amidst a landscape of utter darkness. The odd and echoey sound design lends to the feeling that something in this scene is off—whether that’s Zhenia, the landscape he moves through, or both.

One’s mileage may vary with Never Gonna Snow Again, depending on whether a rich and intriguing atmosphere alone can sustain your attention. It’s a story you’ve seen before––look no further than Ben Sharrock’s Limbo, another film currently on the festival circuit, for a more complex tale of a stoic immigrant in a strange and alien land––and, ultimately, an experience that left me feeling cold.