The Other Lamb Review: A Stomach-Churning, Brilliant Cult Drama 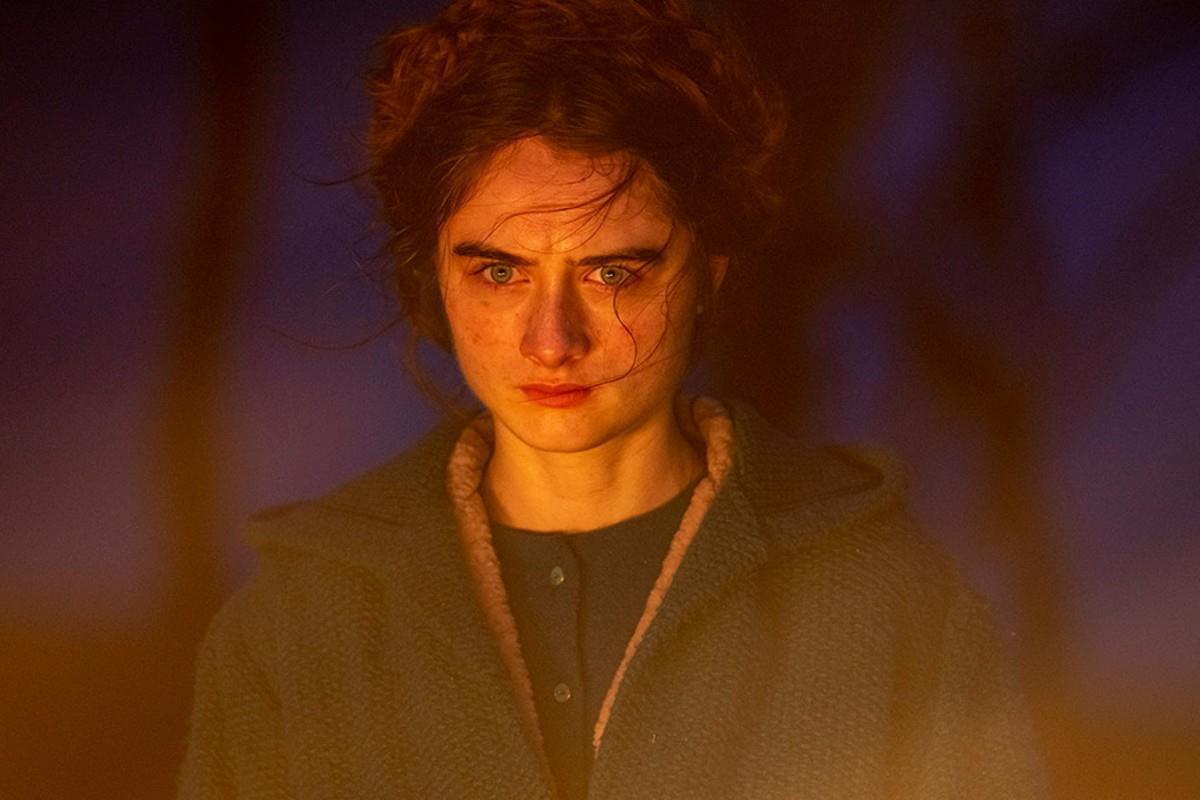 There’s a scene in Małgorzata Szumowska’s dark, stomach-churning, brilliant drama The Other Lamb that perfectly encapsulates the life-on-the-outside longing of being born into a cult. A charismatic man referred to by his flock as Shepherd is leading his all-female acolytes on foot as they search for a new home; a visit from the authorities set this plan into action. One of his followers–his daughter–is Selah, a teenager whose mother passed away shortly after giving birth. Selah is simultaneously spellbound by and suspicious of Shepherd. As she and her fellow daughters and wives wander the harsh landscape, a car passes by. Selah imagines herself in the backseat, chewing gum, wearing a high school jacket. Her eyes meet the eyes of her imaginary double. And away the car drives.

Achingly memorable scenes like this make The Other Lamb a shattering film, the type of harrowing genre entry that should develop a strong following. It’s the first English-language entry from Polish filmmaker Szumowska, director of 2011’s Elles and 2015’s award-winning Body. She’s brought together a superb cast of young actors led by Raffey Cassidy and Michiel Huisman. The result is extraordinarily unsettling.

Like just about everything happening onscreen, the setting is mysterious–deep in the woods, with no technology or recognizable visual markers in sight. Two young girls sit by a waterfall, staring intently. “I think I can see something,” says Selah. But what the girls, their mothers, and their “shepherd” see is another mystery. The Other Lamb does not spend a great deal of time on the belief system of this cult. The viewer’s fogginess only adds to the complexity.

Selah and the daughters/wives dress in body-covering blue and maroon dresses, and perform a series of rituals. All are centered around the man who preaches that the women “all came to me broken, searching… I took every one of you in, I protected you, I sacrificed my life for you. I gave you daughters, sisterhood, and life.” Selah’s faith, however, seems shaken. She is on the verge of puberty, and the onset of this event is greeted with outright fear. Emotionally wounded wife Sarah, played by Denise Gough, has a sense of what’s coming for Selah. And it’s not good.

Sarah is deemed “a broken woman” by Shepherd. “Why do you stay?” Selah asks. “Because I’m afraid,” Sarah explains. “I’ve been here for so long, I don’t even know who I am anymore.” As the film progresses, The Other Lamb becomes the story of Selah’s attempt to discover who she is. To do so means confronting the truth about her parentage, her “family,” and the man she follows–literally and figuratively. The gifted Cassidy, so compelling in Vox Lux and The Killing of a Sacred Deer, brings a heartbreaking grace and slow-burning anger to Selah. She is matched by the smoldering Huisman, who exudes a creepy power in the role. It’s quite different from his parts in guilty pleasure delight The Age of Adaline and even Game of Thrones.

While the story is never dull, Lamb takes a few predictable turns as it moves toward its violent conclusion. Fantasy author Catherine McMullen’s script does not quite nail the ending; the imagery in its final stretch is stunning, but lacks the weight of what came before. Still, The Other Lamb accomplishes a great deal. in its 98 minutes. It also smartly ignores answering some obvious but unnecessary questions: How did this cult begin? Where exactly are we? And how old is the youthful-looking Shepherd, anyway?

Lamb calls to mind other films–Picnic at Hanging Rock, Midsommar, Cracks, The Invitation, even the tone of the Cassidy-starring Sacred Deer–but has a hypnotic pull all its own. The drama establishes director Małgorzata Szumowska and its lead actors Cassidy and Huisman as powerhouse talents, and it belongs on the ever-growing list of memorable films about cult life that make a deep psychological mark.

The Other Lamb opens on Friday, April 3.