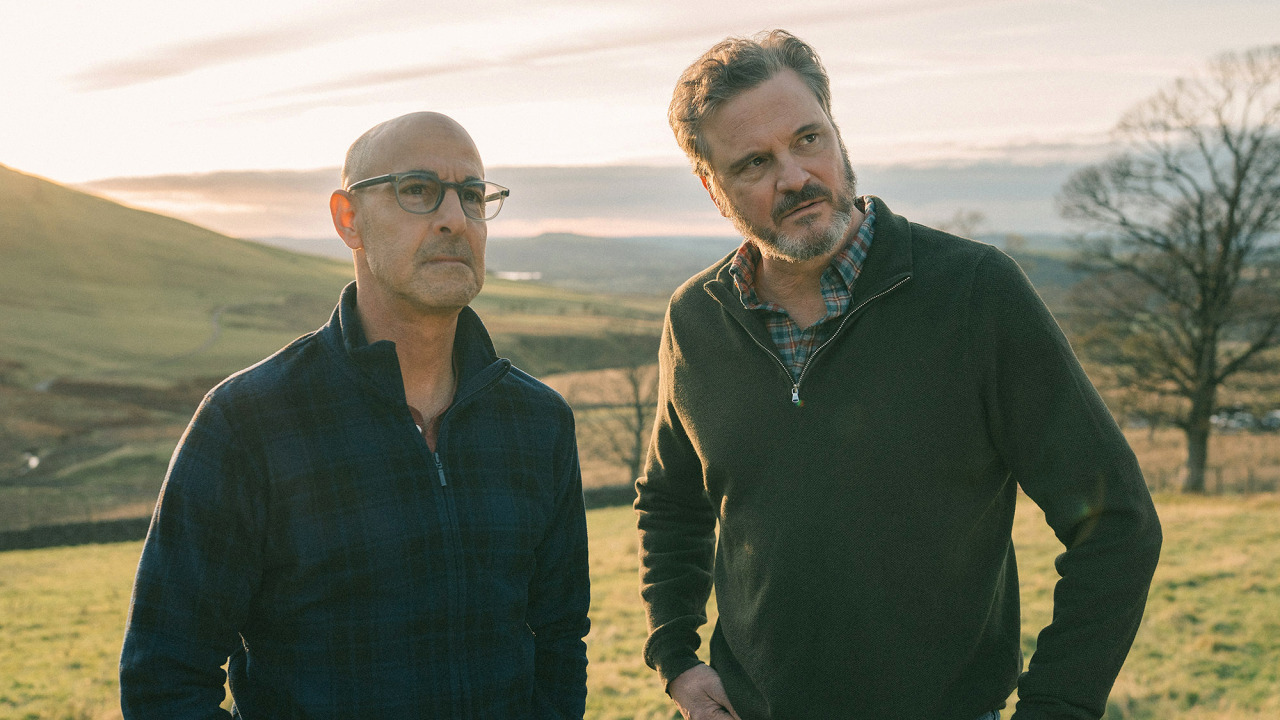 How can one begin to contemplate losing the person they love most in the world? It’s difficult to think about and often, as human beings, we put off the future realities of loss and grief until it’s too late to run from them. We are all going to die and part of life is watching it happen to the people we love, whether it’s a sudden shock or the slow process of witnessing them lose themselves. It’s the hardest thing in the world to cope with for many, harder than the prospect of our own deaths. How do you live with the knowledge that you’re going to outlive your partner?

That’s one of the main questions that Supernova, the affecting new drama from Hinderland director Harry Macqueen, poses to its audience. Death feels like an inevitability in the road trip the English director depicts here, whether that is the physical reality of no longer being alive or gradually losing all the memories that define one’s personhood. Centered on Sam (Colin Firth) and Tusker (Stanley Tucci), we follow their journey through the English countryside en route to a piano recital that Sam has been invited to perform at. Over the course of their road trip in an old RV, they celebrate their years of love together, reunite with family members for a party and, most importantly, confront the inescapable reality of Tusker’s dementia getting worse.

The majority of the film is focused on the different ways that both men deal with Tusker’s dementia, with Sam refusing to accept it as the new reality and Tusker gradually trying to convince him that it’s not all going to be okay in the end. Both actors play things perfectly, with Firth’s absolute desperation rendering as unspeakably haunting. A sequence of him trying to suppress his anger and fear over losing his partner while eating food is one of the most impressive physical performances of the year. One can feel the struggle in his body as he maneuvers the fork and refuses to look at his love. Tucci is given the calmer role, spending most of the film either trying to enjoy life while he still can or confused by the loss of memory he’s experiencing. It makes the moments where he cannot contain himself and has to cry over what’s happening to him even more devastating––it feels like we’re losing this person as well.

Rather than being cruel or relentlessly depressing about the prospect of having to say goodbye to a significant other one has loved for as long as they can remember, Macqueen makes sure to focus on the brightness that can be found in times of pain. He emphasizes the beauty of the natural English countryside that Tusker adores so much, the big parties filled with old friends that bring a night of joy, and the love between these two men that has lasted for so many years and will continue after their mortal connection is over.

The contrast between the interior suffering of the characters and the beauty of Dick Pope’s cinematography is immaculate, with beautiful vistas emphasizing the joys and wonders of being able to live and witness the world, even if you’re on borrowed time. Pope excels at capturing the elements of rural England in a way that help one understand why Tusker wants some of his last intact memories to be made in these spaces. In a touching scene, Sam confronts the question if he’s able to cope with the heartbreak that Tusker’s late-stage dementia will inflict on him. Instead of running away, he professes that he’ll be there through the end, expressing love all the way.

In many ways, Supernova could have fit into a more generic category of melodrama, exaggerating Tusker’s suffering or making the emotional beats louder. Instead, we rarely witness any outbursts, with the closest being Firth’s tearful gasps of frustration or Tucci gradually losing his ability to seem okay. The film plays its cards close to its chest, confident that its central dynamic is layered and heartbreaking enough to invest audiences and it completely pays off. Supernova might be devastating, but specifically in expressing the inevitable ways that all long term relationships will conclude. It’s difficult to commit to something knowing that there’s a time when one of you will have to say goodbye. Yet we do it anyway and Supernova’s immaculate romance emphasizes why. There’s nothing like loving someone.

Supernova screened at BFI London Film Festival and will be released in early 2021.