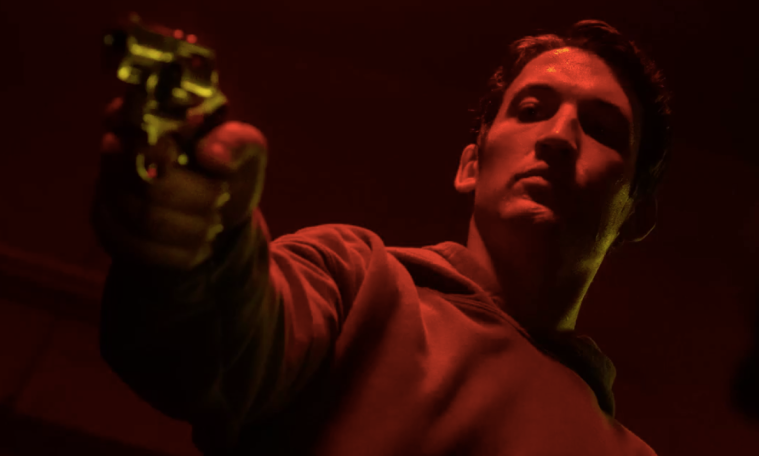 After months of anticipation – and after only being slightly relieved through teasing information from director Nicolas Winding Refn’s Twitter posts, as well as the official account – the first footage from his new, highly-under-wraps Amazon Studios series Too Old to Die Young has finally been released. The first teaser, which is completely void of dialogue, depicts a vibrant world of violence and crime, accompanied by a powerful piece of electronic score.

If there’s anything we can learn from Refn’s body of directorial work, it’s that he feels confident in the crime-drama genre. His hyper-stylized and colorful imagery can be famously found in Drive, Only God Forgives, and The Neon Demon – and it seems like Too Old to Die Young will fall comfortably into his oeuvre.

The series has also gained intrigue thanks to its cast list – particularly Miles Teller, who continues to impress within his grittier roles (recently being Only The Brave, Thank You for Your Service, and Bleed for This). Alongside Teller, the veteran cast includes William Baldwin (Silver), Celestino Cornielle (The Fate of the Furious), Nell Tiger Free (Game of Thrones), John Hawkes (Winter Bone), Callie Hernandez (Alien: Covenant), Jena Malone (The Neon Demon), and Babs Olusanmokun (Black Mirror).

While currently there is still no exact release date available, it is almost certain that more information about the 10-episode Amazon Studios series will be available soon. In the meantime, see the teaser below. Too Old to Die Young is expected to premiere this year.